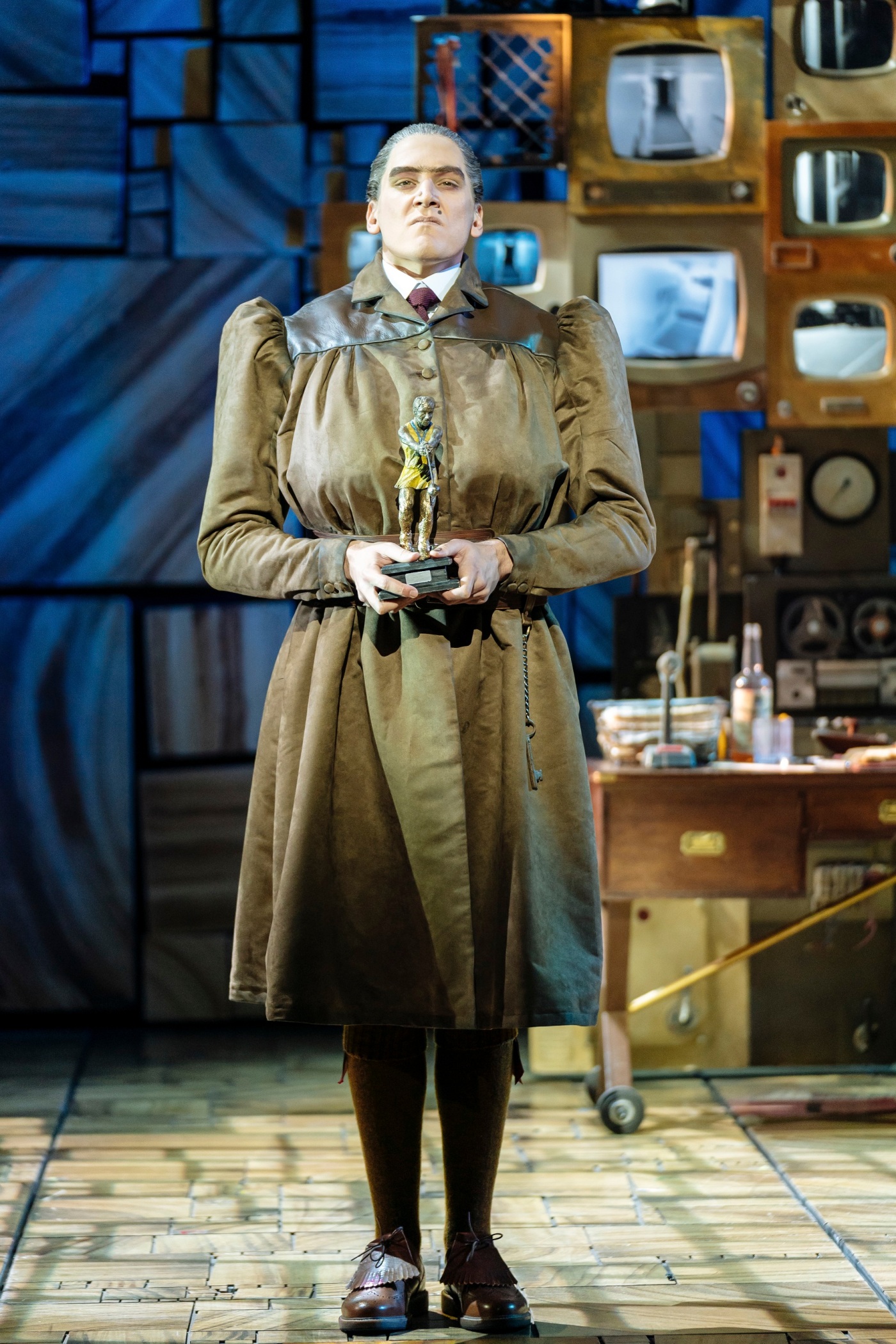 The Royal Shakespeare Company have released the first images of Elliot Harper as Miss Trunchbull in Matilda The Musical’s UK and Ireland tour. Elliot joined the production on Tuesday 15 January at Theatre Royal Plymouth. The tour will then play at the Alhambra Theatre, Bradford (19 February – 23 March 2019), Edinburgh Playhouse (2 – 27 April 2019), The Bristol Hippodrome (7 May – 8 June 2019), Mayflower Theatre, Southampton (11 June – 6 July 2019) and Norwich Theatre Royal (16 July – 17 August 2019). The West End production will continue to play at the Cambridge Theatre, where it is now in its eighth year and is booking until 24 May 2020.

Carly Thoms (Miss Honey) and Sebastien Torkia and Rebecca Thornhill (Mr and Mrs Wormwood) will continue in their roles until the tour concludes its run at Norwich Theatre Royal on 17 August 2019.

Elliot Harper’s West End theatre credits include Father Joe in The Exorcist at the Phoenix Theatre, Matilda The Musical(Cambridge Theatre), One Man Two Guvnors (National Theatre), Les Misérables (Queens Theatre) and The Phantom of the Opera (Her Majesty’s Theatre). Other theatre credits include Sweet Charity (Watermill), A Study In Scarlet (Southwark Playhouse), The Silver Tassie (Druid/Lincoln Center NY), Rope, Arsenic and Old Lace (Pitlochry Festival Theatre), The Big Sleep (The Mill At Sonning), As You Like It, Deathtrap, The Taming of the Shrew, The Talented Mr Ripley and Travels with my Aunt (Queens Theatre, Hornchurch), and the UK touring productions of Jesus Christ Superstar and The Buddy Holly Story. Harper’s film and television credits include Howard Goodall’s 20th Century Greats (Tiger Aspect), Showroom, which was a winning film at SXSW Film Festival, and The Egg, Masters of the Universe (Asalva Productions).

Matilda The Musical is written by Dennis Kelly, with music and lyrics by Tim Minchin, and developed and directed byMatthew Warchus. The production is designed by Rob Howell, with choreography by Peter Darling, orchestrations, additional music and musical supervision by Christopher Nightingale, lighting by Hugh Vanstone, sound by Simon Baker and the special effects and illusions are by Paul Kieve.

The production is accompanied by Change My Story, a new education programme inspired by Matilda The Musicalwhich will engage young people in towns and cities across the UK and Ireland. With a travelling library of stories led by the musical’s librarian Mrs Phelps and whole school takeovers, the RSC aims to reach over 15,000 children, in collaboration with touring theatre partners. Further details can be found at http://uk.matildathemusical.com/tour/schools/matilda-school-resources/.

Matilda The Musical has now been seen by 8.7 million people worldwide, having toured to over 72 cities and played more than 6500 performances in the West End, on Broadway and on tour across North America, the UK, Ireland, Australia and New Zealand. Matilda The Musical had its first non-English language production at the LG Arts Centre in Seoul, South Korea in September 2018.

Inspired by the incomparable Roald Dahl’s beloved book, Matilda The Musical was commissioned by the Royal Shakespeare Company and premiered at the RSC’s Stratford-upon-Avon home in November 2010, before transferring to London’s West End in October 2011, where it opened to rave reviews. The New York production of Matilda The Musicalopened in April 2013 at Broadway’s Shubert Theatre and was celebrated on 10 “Top Ten” lists for 2013, including TIME Magazine’s #1 Show of the Year.

Matilda The Musical swept the board at the 2012 Olivier Awards, with a record-breaking seven awards, and won four Tony Awards and a Tony Honor for Excellence in the Theater for the four girls sharing the title role on Broadway.

The North America production toured 52 cities. The Australian and New Zealand production won a Sydney Theatre Award for Best Musical in 2015, and played sold-out seasons in Melbourne, Brisbane, Perth, Adelaide and Auckland. The show broke further records in July 2016 by winning all 13 Helpmann Awards for which it was nominated.

Matilda The Musical is produced by the Royal Shakespeare Company with André Ptaszynski and Denise Wood as Executive Producers. The production was developed with the support of Jeanie O’Hare and the RSC Literary Department.

​The production is designed by Rob Howell, with choreography by Peter Darling, orchestrations, additional music and musical supervision by Christopher Nightingale, lighting by Hugh Vanstone, sound by Simon Baker and the special effects and illusions are by Paul Kieve.