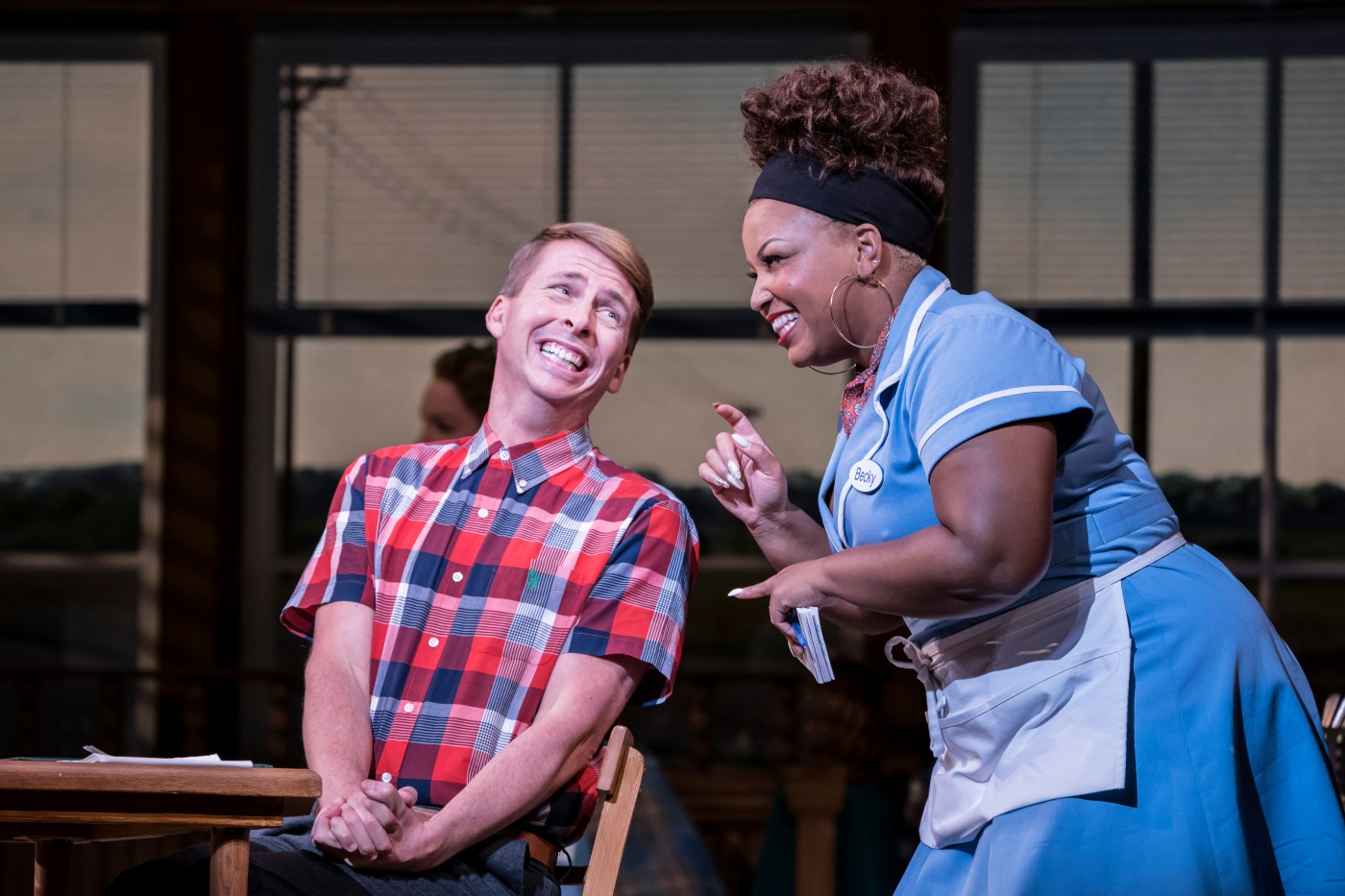 The hosts of the next Waitress London Cast Album Karaoke Night have been announced. 30 Rock star Jack McBrayer, who has made his West End debut as Ogie in the show, will host the post-show event alongside Heart Breakfast presenter Lucy Horobin on Monday 18 March. Audience members can sign up before the show for the chance to sing one minute of any song from Waitress – live on stage at the Adelphi and accompanied by the show’s musical director Katharine Woolley.

Waitress celebrated its official opening night last week on 7 March and the Tony-nominated musical by Sara Bareilles is now booking to 19 October.

Waitress opened on 24 April 2016 at Broadway’s Brooks Atkinson Theater. Based on the 2007 motion picture written by Adrienne Shelly, Waitress is the first Broadway and West End musical in history to have four women in the four top creative team spots, featuring original music and lyrics by 7-time Grammy®​ ​nominee Sara Bareilles (“Love Song”, “Brave”), a book by acclaimed screenwriter Jessie Nelson (​I Am Sam​), direction by Tony Award winner Diane Paulus (​Pippin​, ​Finding Neverland​) and choreography by Lorin Latarro. The production is currently touring the US and has also announced it will have its Australian premiere in 2020 at the Sydney Lyric Theatre.

Meet Jenna, a waitress and expert pie-maker who dreams of a way out of her small town and rocky marriage. Pouring her heart into her pies, she crafts desserts that mirror her topsy-turvy life such as “​The Key (Lime) to Happiness Pie” and “Betrayed By My Eggs Pie.” When a baking contest in a nearby county — and a satisfying run-in with someone new — show Jenna a chance at a fresh start, she must find the courage to seize it. Change is on the menu, as long as Jenna can write her own perfectly personal recipe for happiness.