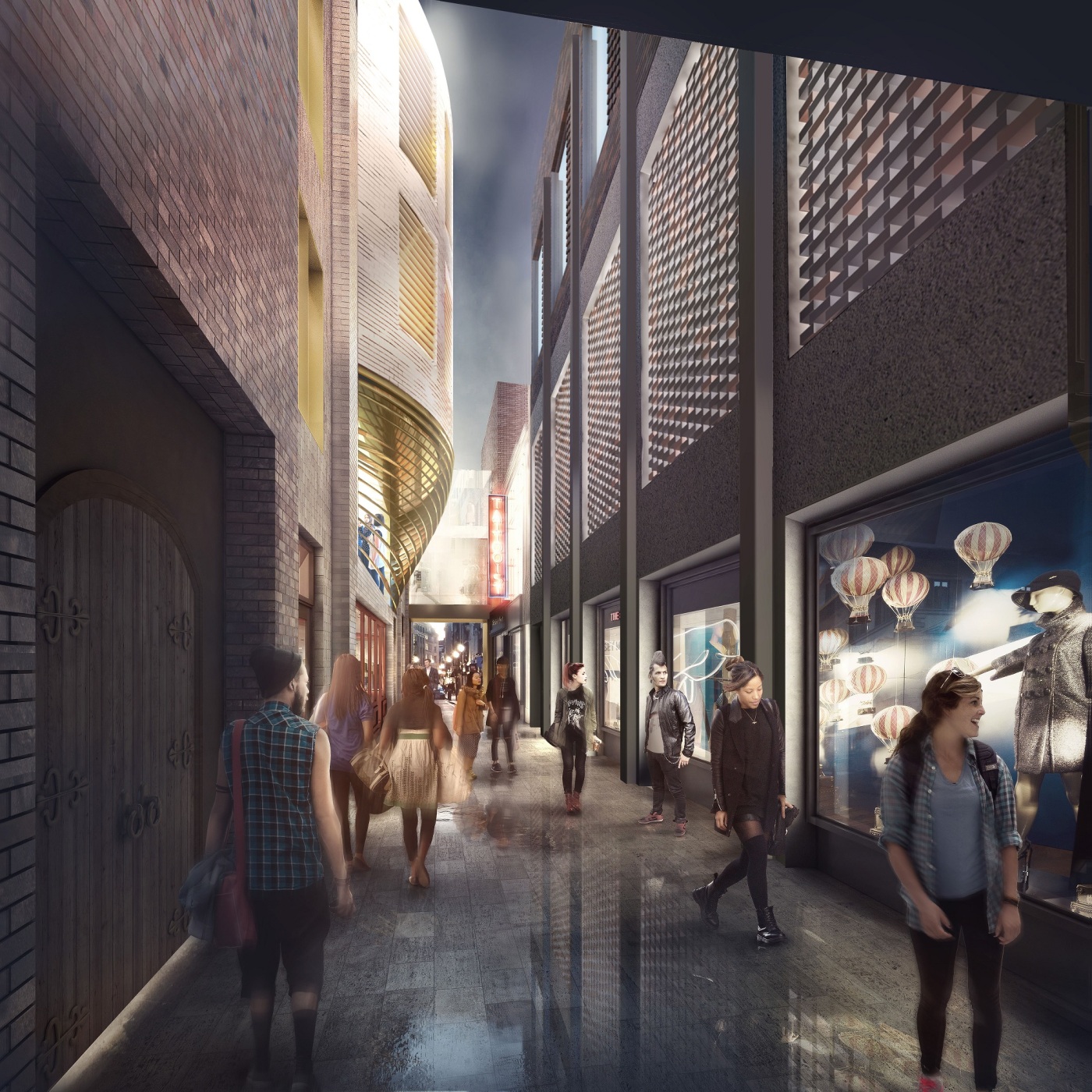 Fawn James (director of Soho Estates) has announced the launch of the Boulevard Theatre in the heart of Soho in Walker’s Court. The revived venue is located on the site where her grandfather Paul Raymond opened the original Boulevard Theatre.

The artistic programme will be headed up by the artistic director Rachel Edwards (Sweeney Todd – London & New York, Founder of Tooting Arts Club). With a seated capacity of up to 165, the venue will present its own in-house theatre productions together with a vibrant late night programme of live music, comedy, spoken word, cabaret and films. The venue and operations will be run by General Manager Leon Scott. Both will be supported by the Executive Director Martin Ball.

Using cutting-edge VR technology SODA studio, in collaboration with Charcoalblue, have designed the innovative space which features Europe’s most advanced revolving theatre (the balcony and stalls independently revolve allowing for multiple configurations) and a two-floor glass bridge leading to a restaurant and bar area.

The opening season of work will be announced later in the year, and the venue will open its doors to the public in late 2019.

The original Boulevard Theatre site began as a sister venue to the Raymond Revuebar. It was run under the same name as the Revuebar and provided an additional bar and restaurant which housed gaming tables, prior to the gaming act in 1968.

Soho Estates has been a prominent landowner in Soho for over 50 years. Fawn James is a Director of Soho Estates. Her grandfather was Soho Estates’ founder Paul Raymond, an entertainment impresario and property investor, who staged revue and variety shows at countless Soho venues from the 1950s onwards. Fawn intends to honour her grandfather’s legacy by helping to promote Soho as an arts and entertainment district. The regeneration of Walker’s Court has provided the ideal opportunity to amalgamate her passion for the arts and to embrace her heritage.

A brand new website has been launched today for people interested in hearing more about The Boulevard Theatre and its programme of work: www.boulevardtheatre.co.uk