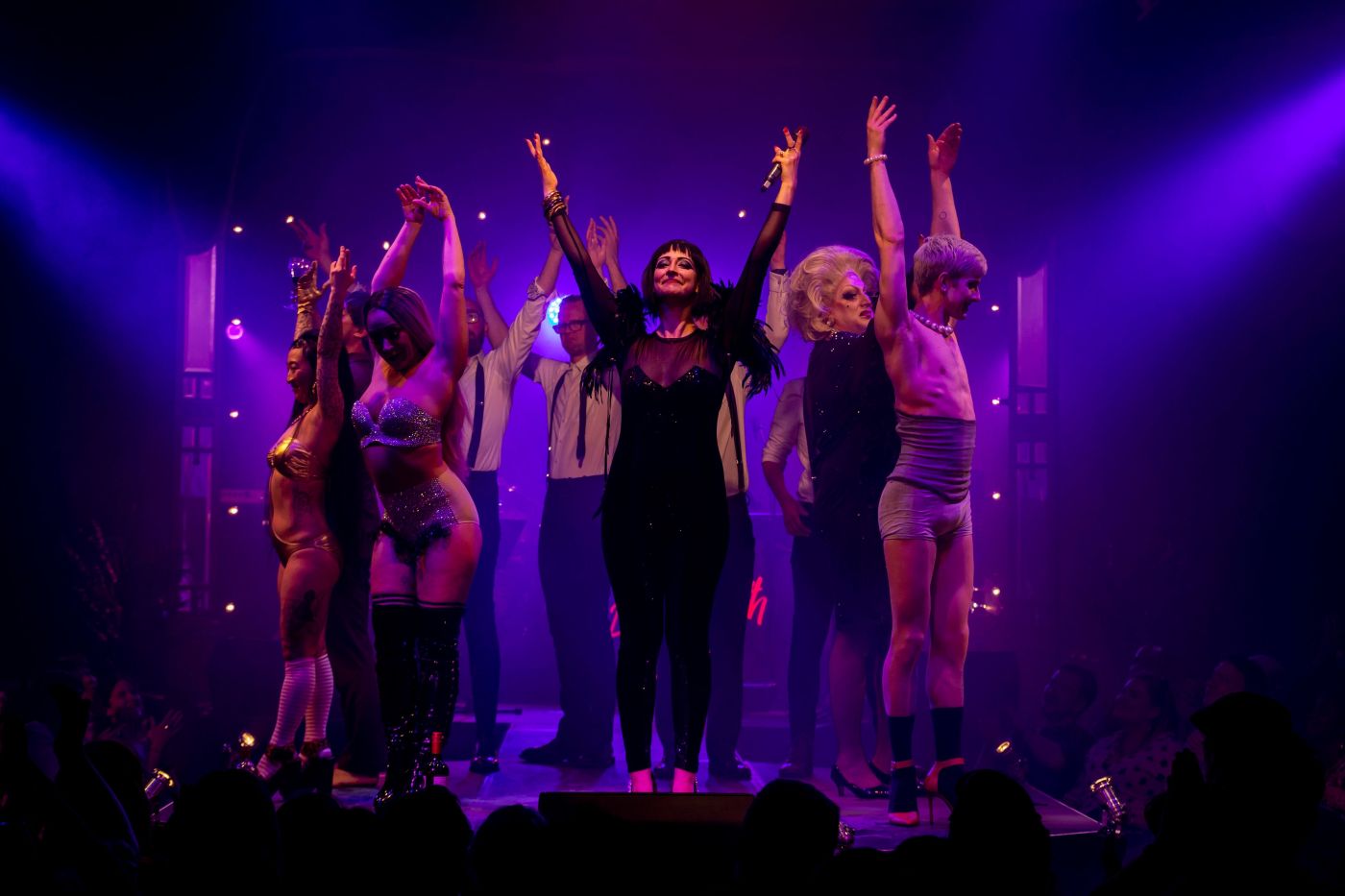 Described as the ‘darkest, funniest and most debauched kabarett club this side of Berlin’, the Little Death Club, a family of misfits, miscreants and fantastic freaks, arrived at the Southbank’s Spiegeltent for the Underbelly Festival.

Created by Bernie Dieter and Creative Director Tom Velvick, the Little Death Club is a cabaret show with a difference, featuring typical acts including a fire-eater, contortionist and aerial artist among others, with a dark and delightfully provocative twist. The evening is hosted by the wonderfully charming Dieter who has the audience (the ‘punks, freaks and weirdos’) eating out of the palm of her hand the instant she steps on stage. The Little Death Club is “all about letting lose, letting go and being whoever the f**k you want,” she tells the audience, setting the tone for the evening. Dieter is witty, funny and not afraid to speak her mind as she makes her way through the crowd dressed in feathers and sequins. Accompanied by her live band (directed by Marty Hailey) she entertains as she belts out songs she co-wrote, including the incredibly catchy ‘A is for Alcohol.’ Her song about unsolicited dick pics is one of the highlights of the evening (although you’ll never look at mole rats in the same way).

The Little Death Club features an impressive combination of drag, circus acts and song, all performed by talented artists. Kitty Bang Bang is a bearded lady with a difference, and her fire-eating performance has to be seen to be believed; while Fancy Chance wows the crowd with her eye-watering routine as she spins through the air – hanging from her hair. Comedy is provided courtesy of Josh Glanc as disgruntled but hilarious French mime ‘Le Mime Tipi’ who wants to embrace reality and promptly winds up getting stuck in a box; and Myra Dubois. Worth the entrance fee alone, she has the audience in hysterics with her unforgettable solo performance of ‘I Know Him So Well.’ Contortionist Beau Sargent meanwhile performs a stomach-churning performance, and later threatens to steal the show as he takes to the air for a moving and beautiful routine.

The show is certainly not for children – there’s some nudity (not gratuitous) and other than the aforementioned dick pic song there are also references to sexual acts. There’s also an element of danger – not just for some of the artists as they perform stunts dangerous enough to make any health and safety manager hyperventilate, but for the audience too. No seat is safe (as an unsuspecting reviewer discovered on press night), but it’s all in good humour. What makes Little Death Club so enjoyable is that everyone is made to feel welcome at the Spiegeltent. “We are being told that difference is something we should be afraid of…” Dieter tells the audience. “…But here at the Little Death Club we f**king celebrate it.”

Little Death Club is outrageously good fun, dark, imaginative, and a little bit naughty. This unmissable show is the perfect remedy to a world seemingly full of doom and gloom, and is guaranteed to be a night you won’t forget!

Little Death Club is playing at the Underbelly Festival Southbank until 23 June.