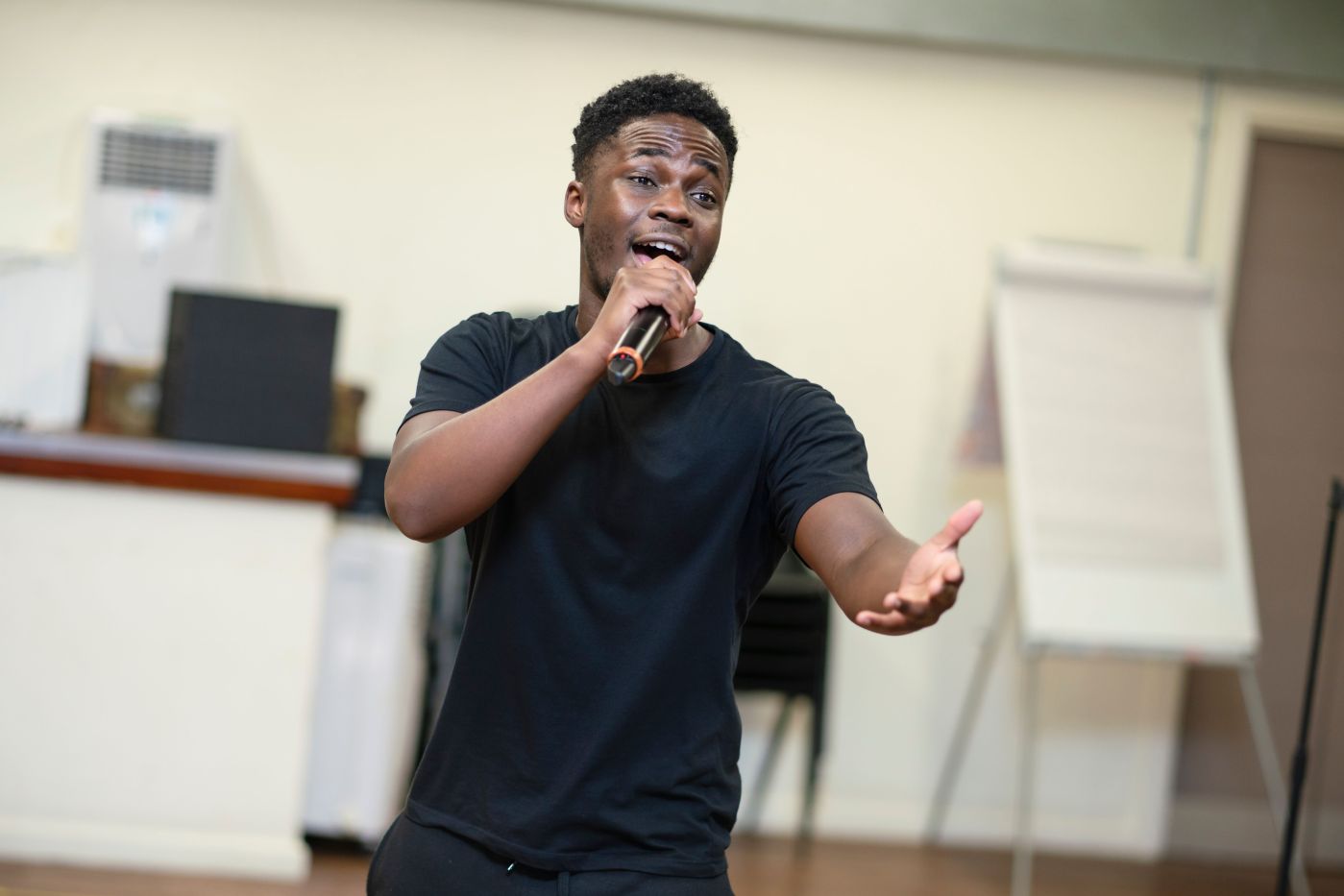 Kema Sikazwe is an actor, rapper, singer (who performs under the name Kema Kay), rising star and Live Theatre Associate Artist. His debut show Shine is a Live Theatre production which tells his own autobiographical story through an electrifying live soundtrack and heartfelt words. I caught up with Kema to find out more about his stage debut.

Can you tell me a little bit about Shine?
Shine is something we all have deep inside us, we just have to find it. Shine is a story about self-belief and acceptance. It’s my story. Zambian born, I was three years old when I came to the UK, to Newcastle’s West End. It explores my journey and struggles trying to understand a world that doesn’t always accept you. Trials, obstacles and unpredictable situations…Life. It’s told through music, spoken word and acting. It’s a story we all deal with that can be told in many ways.

What inspired you to write this play?
Through music I’ve always been open with what I’ve been going through. I’ve always wanted to tell my story hoping it will inspire other people. The platform came at the right time.

How do you feel about making your stage debut?
I’m extremely excited and nervous at the same time. It’s a challenge but I love challenging myself. I’ve put everything into this and it’s quite a venerable story so I hope it will connect with people.

How did you first get into music and songwriting?
When I was younger, I was dealing with a lot. Bullying, suicidal thoughts, problems at home. My mother used to sing all the time. I got it from her. When I was going through dark times, I would write what I’m going through, turn it into a poem which eventually turned into making songs.

What did you learn from your experience working on I, Daniel Blake?
How to act. Ken Loach would tell me being a great actor is not acting at all – but becoming instead and listening to what the other person is saying. Because you’re not acting – you’re reacting. I also learnt how truth in stories can be so powerful and influential, so this was the approach I had when making Shine.

Do you have a preference between acting and music?
Everyone asks me this! I see myself as an entertainer, I just love being on stage! I just go with whatever feels right at the time.

What can audiences expect from Shine?
The audience can expect to laugh, cry, think and hopefully be inspired.

What would you like the play to achieve?
I love to inspire people that anything is possible no matter what you’re going through. This has been my goal for a while. Where I grew up there was huge lack of self-belief. People watching me achieving things helps them believe they can too.

Shine runs at Live Theatre, Newcastle from Thursday 2 – Saturday 11 May and transfers to the Traverse Theatre in Edinburgh from Thursday 16 – Saturday 18 May. Tickets are available at http://www.live.org.uk/whats-on/shine