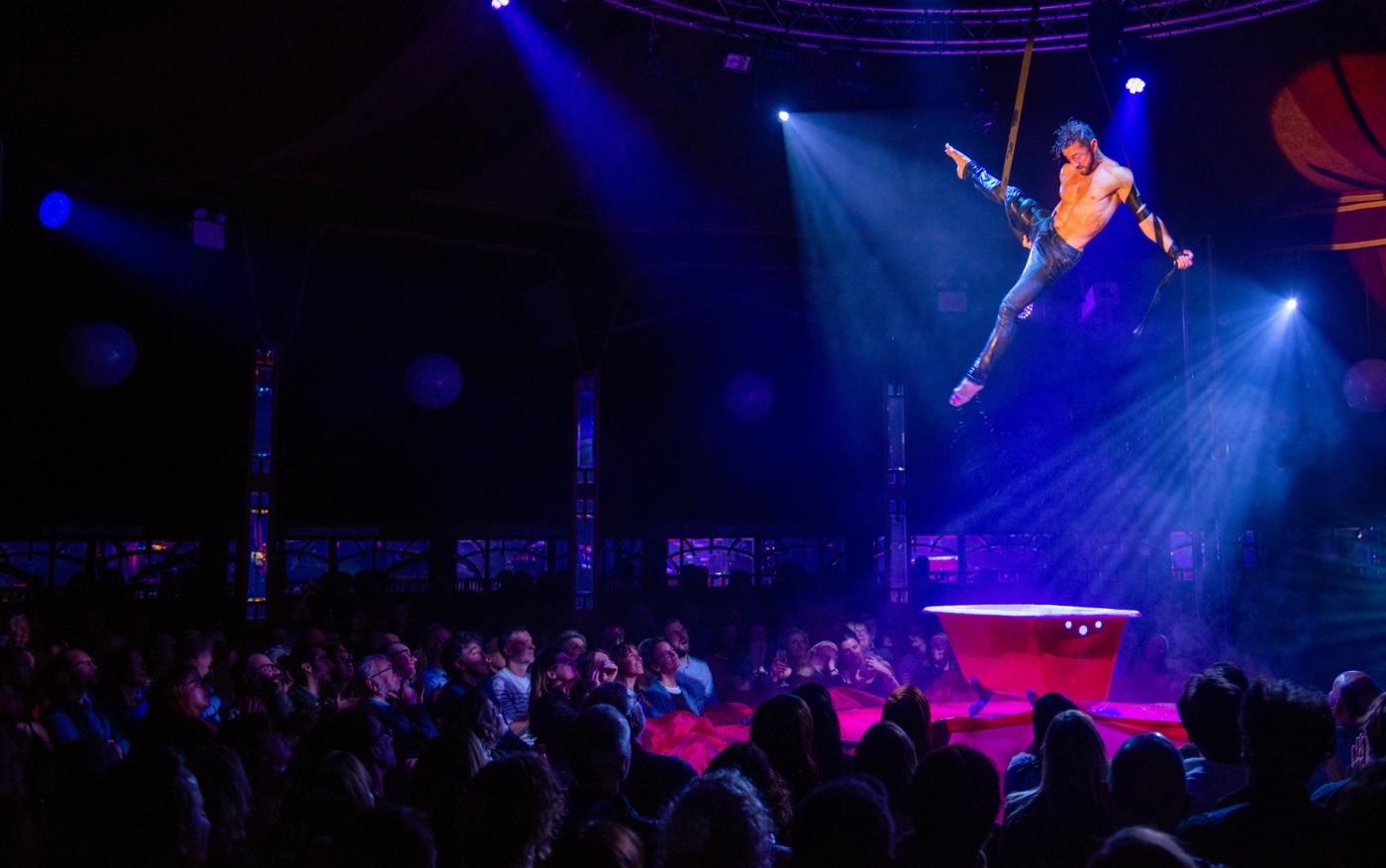 Leicester Square’s festive offering comes with more spice than a glass of mulled wine this year as La Clique, the world’s original and trailblazing Spiegeltent cabaret show,  confirms its return to the capital to knock audience’s Christmas stockings off. A decade on from their Olivier Award-winning run at the Hippodrome (Best Entertainment), La Clique returns to the heart of London’s West End to the Leicester Square Spiegeltent. With an outrageous and magnificent collection of extraordinary new artists and unmissable favourites, La Clique will be the show-stopping highlight of Underbelly’s Christmas in Leicester Square, playing from Friday 8 November – Saturday 4 January.

Borne of an inspired creative idea by producer David Bates (owner and producer of The Famous Spiegeltent) at the Edinburgh Fringe in 2004, the multi award-winning La Clique has since toured the world to international acclaim and sell-out audiences, inspiring a new generation of cabaret as the definitive and original Spiegeltent mixed genre variety show. A magical, mirrored wonderland of glamour, beauty and intrigue, Bates’ re-invention of the Spiegeltent as a venue has led to a renewed use of the tents as a staple of modern performing arts festivals across the globe, offering an intimacy and allure like no other.

Integral to La Clique, and setting the tone for the evening, is its scintillating live house band, La Clique Palace Orkestra (featuring the astounding vocals of Kelly Wolfgramm). Adding a sublime ambience, this evening of entertainment is as much a live concert as it is the world’s most infamous variety show.

Sexy, funny and dangerous, La Clique is a celebration of the exotic and mesmerising. An unmissable treat, it is pure entertainment that celebrates what a night in one of the world’s most salubrious salons should be about.

David Bates commented of La Clique’s return to London: “The Olivier Award-winning little show that launched 1000 imitations returns to the scene of the crime this winter, a mere 50 feet from where it took the West End by storm at the Hippodrome in 2008. As the original producer of La Clique I am extremely excited to be returning to where adult variety became ‘legit’ and entered the ‘mainstream,’ all the while, teetering on the edge of the ledge it created, continuing to raise the bar, before leaping off! La Clique returns with the hottest live band, kick-arse new acts and more sass than ever! Plus, yes, even bath-boy is back! The greatest thrill for me is to be back in the West End – at Christmas, with a new show that defies description…sexy, funny, dangerous! La Clique remains the original and the best! ”

Ed Bartlam and Charlie Wood, Directors, Underbelly added: “The original, the biggest, the best of the best is back in London. We couldn’t be happier to welcome La Clique to Underbelly’s Christmas in Leicester Square and the incomparable Leicester Square Spiegeltent 10 years after it exploded into London’s west end and set the cabaret world on fire. Audiences are once again going to be enraptured and astonished and 100% entertained by the world leading acts of La Clique.”

Cllr Iain Bott, Cabinet Member for Sports, Culture and Community, Westminster City Council commented: “We are pleased to be working with Underbelly to deliver Christmas in Leicester Square which is a highlight of the West End’s festive calendar. The addition of La Clique will further enhance the Square’s unrivalled reputation as the home of UK entertainment, whilst the event’s Winter Windows scheme offers our younger residents a fantastic opportunity to showcase their talents in an iconic location.’’

Christmas in Leicester Square is produced by Underbelly on behalf of Westminster Council and returns for a fourth year this winter. The world-famous square will once again be transformed into a festive fun land with something for all ages. In addition to a stellar line-up of entertainment, the pop-up festive will play host to a Santa’s Grotto, Winter Windows and a beautiful European-style Christmas market offering gifts, food and drinks.