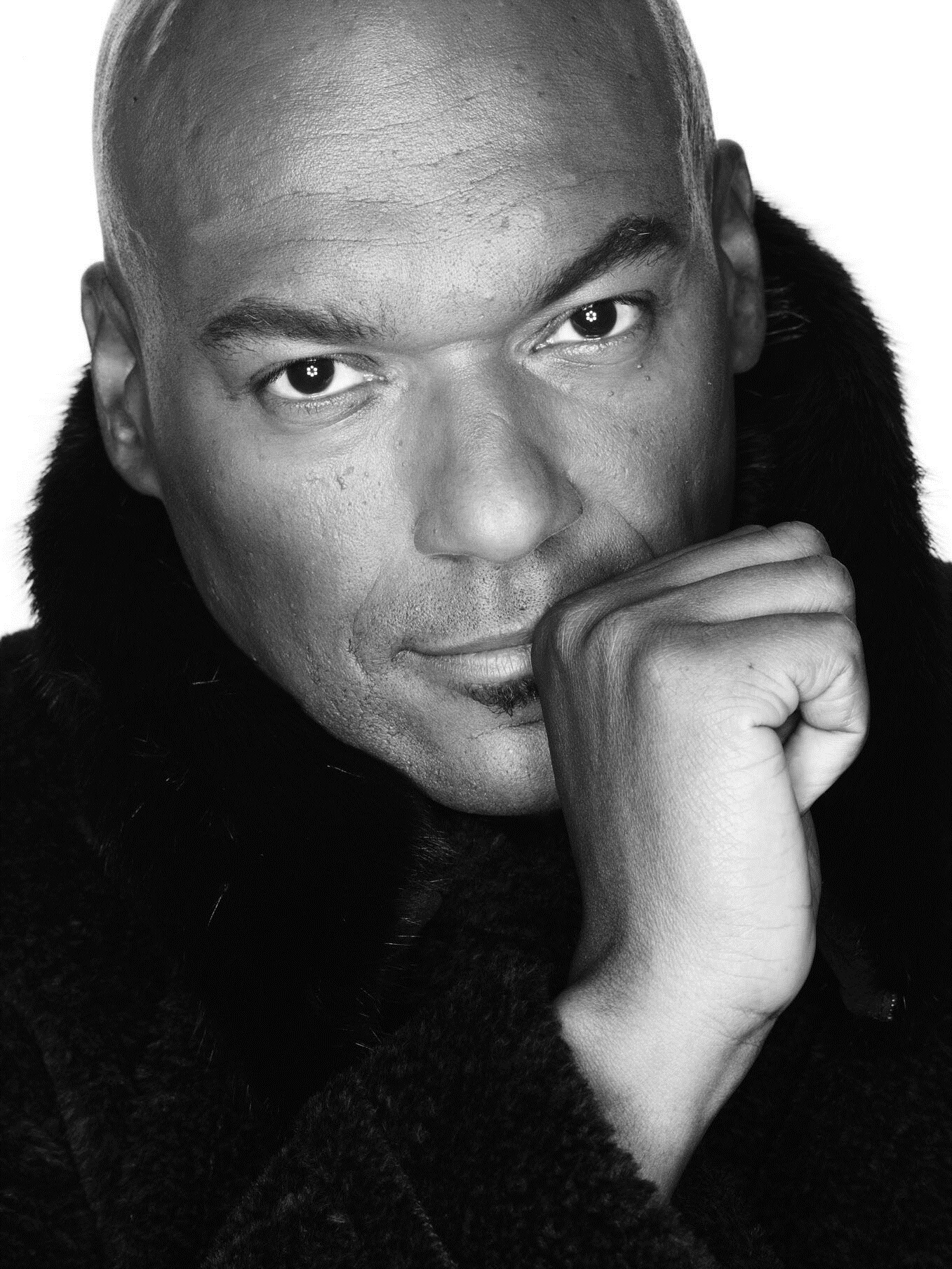 Colin Salmon, star of the James Bond film series, Netflix’s Master of None and Syfy’s Krypton, has been confirmed to join the cast of the Howard Zinn biopic, The Time Of Our Lies. Guest starring for one night on 2 August, Colin will play the lead role as the American historian, author and social activist, Howard Zinn. Daniel Benzali will star as Howard Zinn for the remainder of the run. With Trang Le and Jessye Romeo also joining the ensemble, The Time Of Our Lies is written by Bianca Bagatourian and directed by Ché Walker, with movement by Maureen Fleming.

The Time Of Our Lies explores Zinn’s personal history, from being a soldier who dropped bombs on Royan, France in WWll. This fateful moment shaped the man who would become a moral compass for the United States in ways that are more relevant today than ever before.

Colin Salmon first appeared in the award-winning Prime Suspect (ITV), leading to international success in his role as Charles Robinson in the James Bond films Tomorrow Never Dies, The World Is Not Enough and Die Another Day (Metro-Goldwyn-Mayer). Other screen credits include: Trial and Retribution (ITV), The No. 1 Ladies Detective Agency (BBC), Silent Witness (BBC), Some Girls (BBC), Master of None (Netflix) and Limitless (CBS). He currently plays the supervillain General Dru Zod in Krypton (SYFY). On stage, he debuted in Caryl Phillips’ All or Nothing at All at the Tricycle Theatre, followed by After Darwin by Timberlake Wertenbaker at Hampstead Theatre, Becket; or the Honor of God by Jean Annuli and Indian Boy by Rona Monroe for The Royal Shakespeare Company. He is a proud patron of the award-winning New Generation Youth Theatre Company.

The Edinburgh Fringe Festival run of The Time Of Our Lies was co-produced by Viggo Mortensen and sponsored by Eddie Vedder, Tom Shadyac, Tim Robbins and Myla Kabat-Zinn and was nominated for the Amnesty International Freedom of Expression Award in 2014. The London production is sponsored by Eddie Vedder (Vitalogy Foundation), Susan Sarandon, Diane Lane and Myla Kabat-Zinn, Howard’s daughter.

Daniel Benzali is an internationally renowned actor best known for playing the role of Ted Hoffman in Murder One (20th Century Fox) for which he received a Golden Globe Award nomination, and W. G. Howe in the James Bond film, A View to a Kill (United International Pictures). Daniel also has a wealth of West End musical theatre credits under his belt. He starred as Juan Peron in Evita (Prince Edward Theatre) and Max von Mayerling in the original production of Sunset Boulevard (Adelphi Theatre), opposite Patti LuPone. Other credits include Holiday (Old Vic); The Grey Zone (Lionsgate); All The Little Animals (BBC); Murder at 1600 (Warner Brothers) and The Agency (CBS Productions).

Howard Zinn was widely considered one of the most influential thinkers of the 20th century. The son of poor Jewish immigrants, Zinn joined the US Army Air Force during WWII. Just before the end of the war, he was involved in the first use of napalm. What he later came to see as an unnecessary and terrible act informed his lifelong anti-war views and lifetime of activism. From the Vietnam war to the conflicts in Iraq and Afghanistan, Zinn was an outspoken and courageous campaigner for his vision of a just and peaceful America until his death in 2010, at the age of 87. His landmark book, A People’s History of the United States, has sold two million copies and is used as a textbook in schools throughout the US.

The Time Of Our Lies is a battle cry for democracy, transparency, and inclusion. The play brings to life Zinn’s commitment to social justice and his lifelong struggle against false historical narratives written by those in power that poison the well of true democracy. It features songs using some of Howard’s words, combined with first-person accounts of war from other soldiers, all juxtaposed against an incongruously beautiful backdrop of Butoh inspired movement. Howard himself was involved in the inception of the play before his passing in 2010.

Bianca Bagatourian received her MFA in playwriting from Brooklyn College, mentored by lifetime Obie Award winner, Mac Wellman. Her plays have been produced worldwide. Bianca is also the president and founder of the Armenian Dramatic Arts Alliance, a non-profit organization since 2005 where she administers the global $10,000 Saroyan/Paul Human Rights Playwriting Award. Bianca also works in the world of film and TV and has several TV sitcoms in development with independent television companies in the US. She has sold a comedy reality show to the BBC and produced a feature film. She is the author of the Children’s book, Draculiza. She currently splits her time between Los Angeles and London. Her new play, Operation Ajax is about the overthrow of the first democratically elected prime minister in Iran, Mohammad Mosaddegh.

In theatre, Ché Walker’s writing and directing credits include his musical Been So Long, which played at the Edinburgh Fringe Festival and the Young Vic in 2009 and was bought and produced by Netflix; his play The Frontline which made theatrical history for being the first contemporary-set play to be performed at Shakespeare’s Globe since the 1600’s; Lovesong in collaboration with UK soul legend Omar MBE for English Touring Theatre; Flesh Wound at Royal Court Theatre, winner of The George Devine Award and Arts Council Writer of the Future Award; The 8th in collaboration with Paul Heaton for Barbican, Manchester International Festival and Klook’s Last Stand, which played at Park Theatre London in 2014 and is currently being produced by several theatres in the US after a workshop performance at the NAMT Festival in New York. Ché’s other writing credits include The Lightning Child at Shakespeare’s Globe in 2013. More recently, Ché wrote and directed The Etienne Sisters at Theatre Royal Stratford East. Ché has won the Peter Brook Award (Mark Marvin Rent Subsidy Award) for his plays Crazy Love and Burnt Up Love, and his version of Been So Long was a nominee for The Ned Sherrin Award for Best Musical in the Evening Standard Theatre Awards 2009. Among his most recent directing credits include Intra Muros (Park Theatre).

Maureen Fleming is renowned for her original form of visual theatre. With the discipline of a classicist, and the imagination of an iconoclast, she connects cultures and art forms in an interdisciplinary celebration of the universality of the soul’s journey. A Fulbright Scholar to Ireland, South Korea, Colombia and Latvia, her solo and group works have toured five continents including the Spoleto Festival in Italy, FILO Festival Brazil, Performing America’s Tour Colombia, Argentina and Uruguay, Jacob’s Pillow Festival, Emerson Majestic and Institute of Contemporary Art in Boston, and NY City Center Fall for Dance Festival.