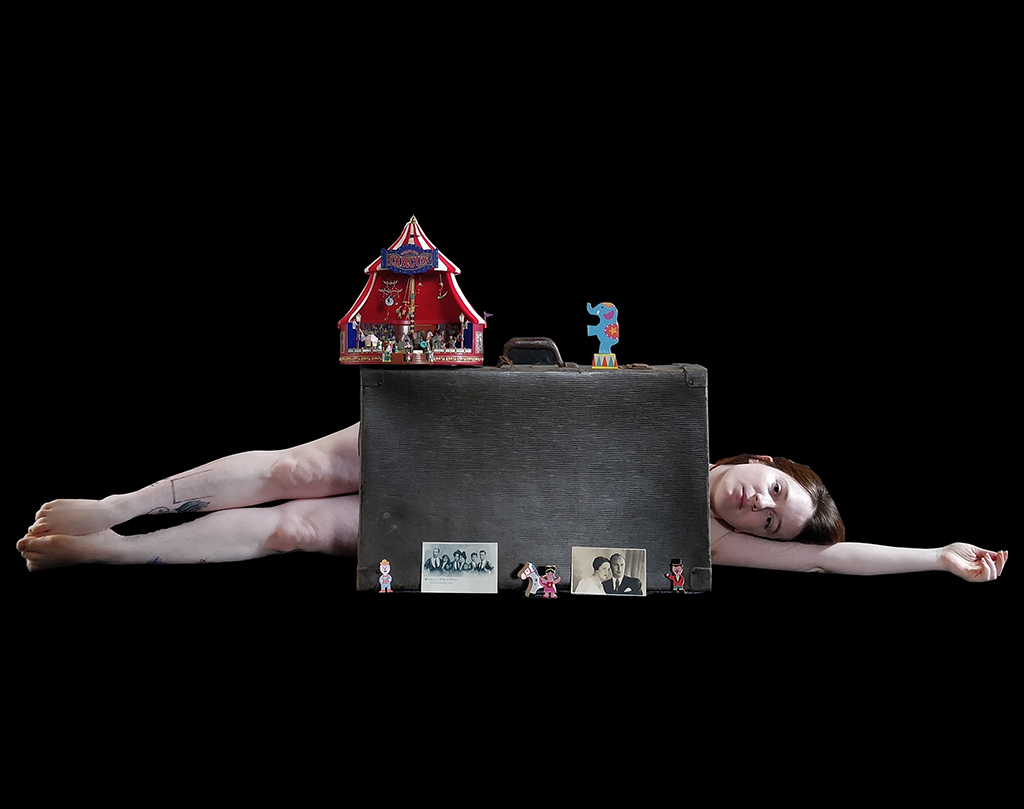 Based on the true story of Irene Danner-Storm, The Escape Act – A Holocaust Memoir tells the riveting and powerful story of a Jewish acrobat who hid in a German circus during WWII to escape the concentration camps. Hard-hitting and inspiring, this historically researched and poignant one-woman theatre and puppetry production embarks on a UK tour this autumn.

The production follows Irene’s journey from Kristallnacht in 1938 to liberation in 1945, and her all too risky escape to the circus. It’s the story of how she fell in love and started her own family, all under the protection of the Althoff Circus. It is about the immense kindness shown towards Irene by the non-Jews who risked their lives to save her and inspects the devastating impact of the Holocaust on individuals and families who were torn apart.

The performance flits from past to present as it simultaneously examines Irene’s life under the Third Reich and the experiences of writer and performer Stav Meishar growing up a grandchild to Holocaust survivors. As Meishar tells Irene’s story it triggers her own memories of family stories, and she is compelled to face the past traumas and struggles of their history.

A multi-faceted performance combining theatre, circus and puppetry, the performance is a culmination of seven years of research into the lives of German-Jewish circus families between 1929-1945. Using collected testimonies and interviewed witnesses, the production is brought to life by Meishar in an effort to document and commemorate the Jewish legacies.

Creator and Performer Stav Meishar commented: “I felt compelled to make this work of historical circus-theatre in light of the current climate. With statistics showing 1 in 20 Britons disbelieving that the Holocaust happened, it’s no wonder we’re inching towards repeating our history. With refugees knocking on Europe’s door, minorities being sent to concentration camps and anti-Semitic hate crimes on the rise, I feel this is the time when the world needs to hear these stories. This show is not just about Jews under siege, it is about the non-Jews who risked their lives to save them, who took a chance doing what they knew was morally right. Their story is a powerful example of the positive impact courageous acts can have for generations to come, and of what happens when people refuse to let atrocities be done in their name.”

In addition, the tour is accompanied by a public talk about the history of Circus Jews in Europe Between the World Wars; interactive circus and drama workshops for all ages; audience Q&As; and more, which are all available to book in advance.

The Escape Act is produced by Dreamcoat Experience and Petite Mort Productions, and supported by Arts Council England, The European Cultural Association, TelepART and The Puffin Foundation.