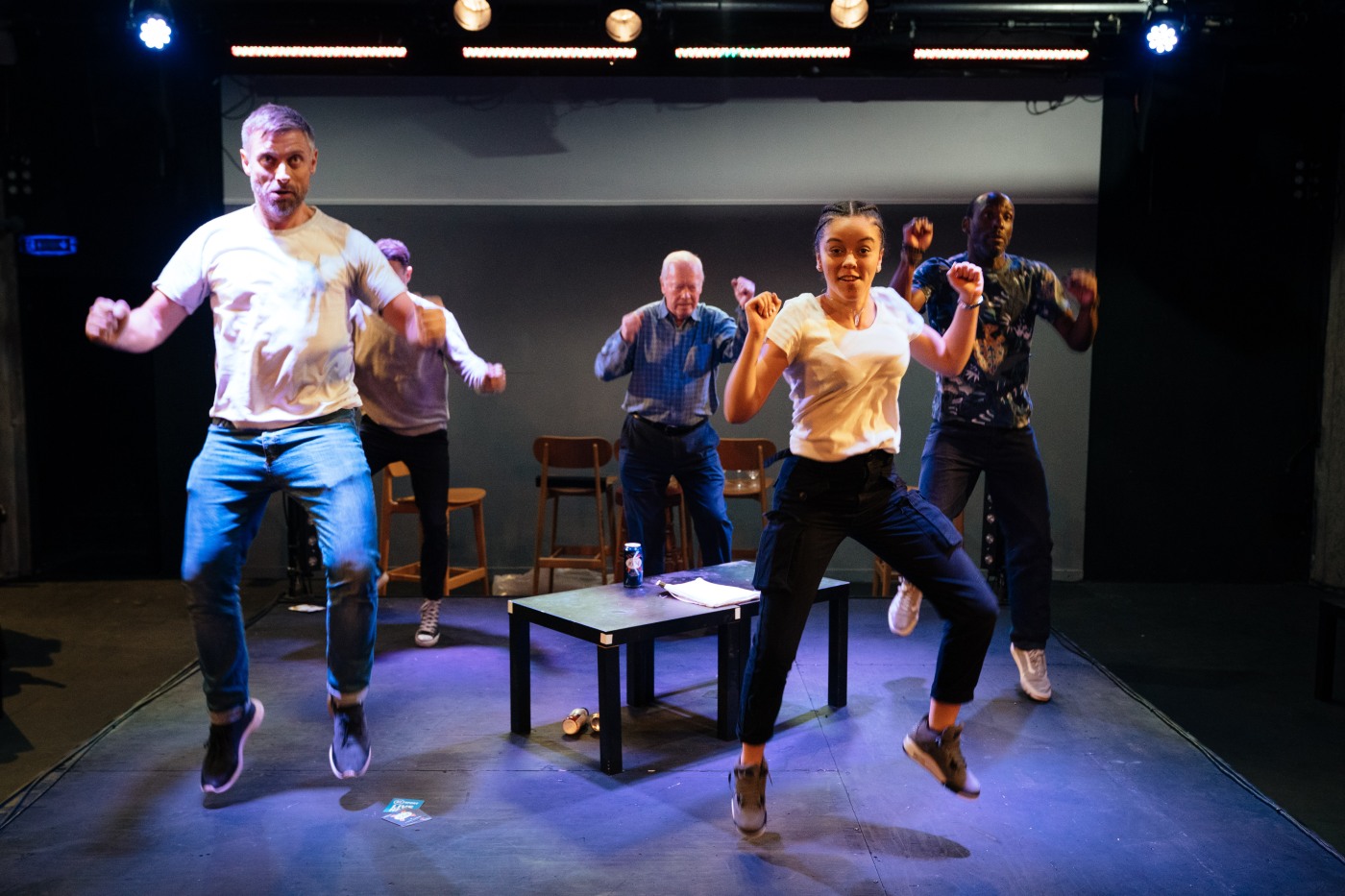 Rehearsal images have been released for We Anchor in Hope, which opens at The Bunker Theatre later this month.

From the award-winning Anna Jordan (Killing Eve, Sid Gentle Films Ltd; Succession, HBO), written between the Brexit vote and Trump’s Presidential victory, We Anchor in Hope captures a moment of deep uncertainty in recent history and the characters’ lives when local pub, The Anchor, closes for good. Chaos is in the air, and yet life goes on. For the duration of the play’s run The Bunker will become The Anchor – transformed into a functioning pub with post-show events including pub quizzes, karaoke nights and music.

Since 2001 a quarter of all UK pubs have disappeared, with two still closing every day. Like The Anchor, these pubs are likely to become private flats. For regulars the pub is many things: a haven, a burden, a family, a home. All are about to disappear. It’s the end of an era, but Kenny and the gang are going out with a bang – determined to drink the place dry. There’s karaoke and a lot of Campari. There’s secrets divulged and forgotten dreams resurrected. History, like beer, has seeped into the carpet. Tonight, there’s a lot more to lose than a pub.

We Anchor in Hope was commissioned by Chris Sonnex as part of the Royal Court Theatre’s Beyond the Court project. Originally performed script-in-hand it is a fictional piece inspired by interviews and drinking sessions Anna Jordan carried out in and around Pimlico.

We Anchor in Hope will be running at The Bunker from Wednesday 25th September to Saturday 19th October 2019.