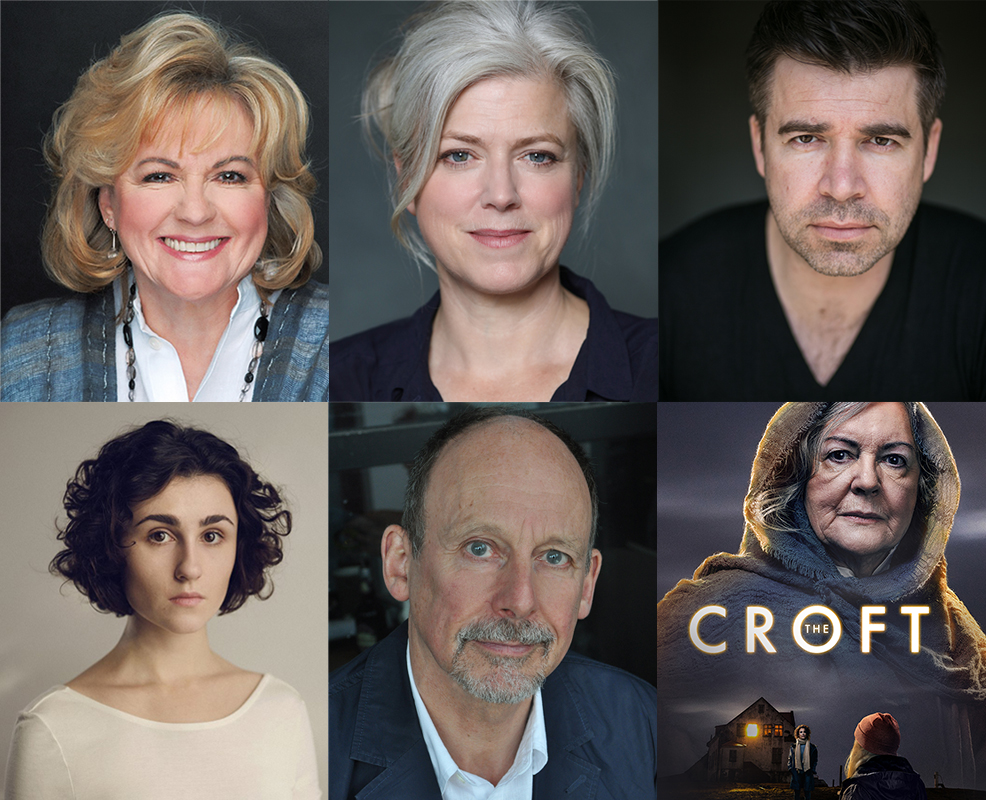 Drew Cain is best known for his television and film credits including Mission of Honour (also known as Hurricane, directed by David Blair), the TV movies Wallis: The Queen That Never Was and Albert: The Power Behind Victoria, Home Fires, Emmerdale, Hollyoaks, Coronation Street, Tina and Bobby, EastEnders, Waterloo Road and Doctors. Drew will soon be appearing in BBC 1 drama The Nest and Channel 5’s new version of All Creatures Great and Small later this year. His radio credits include Therese Raquin, The Bride of Lamermoor, Stone, Brief Lives, Inventing Scotland and Bright Spark (all for BBC Radio 4).

Gwen Taylor is best known for playing the title role in the sitcom Barbara, as well as Anne Foster in Coronation Street, Peggy Armstrong in Heartbeat, Rita Simcock in A Bit of A Do, for which she was nominated for a BAFTA TV Best Actress Award, and Amy in Duty Free. Her film appearances include Another Mother’s Son, The Lady in the Van and Monty Python’s Life of Brian. Gwen is currently touring the UK in The Lady Vanishes. Her other theatre credits include The Importance of Being Earnest and Night Must Fall (both for Original Theatre), Allelujah! (Bridge Theatre), The Slaves of Solitude (Hampstead Theatre), Driving Miss Daisy (Dublin’s Gaiety Theatre / UK Tour), Calendar Girls (UK tour), the title role in the national tour of Shirley Valentine, Top Girls (Royal Court and New York) and Gertrude in Sir Peter Hall’s production of Hamlet (London’s Gielgud Theatre and national tour).

Caroline Harker is best known for her role as Celia in Middlemarch, as well as WPC Hazel Wallace in A Touch of Frost. Her other notable television credits include Coronation Street, Doctors and Holby City. Caroline’s film credits include Lady Godiva: Back in the Saddle and The Madness of King George. She most recently starred in Relatively Speaking, Breaking Code and Handbagged (Salisbury Playhouse). Her other theatre credits include The Sweet Science of Bruising (Southwark Playhouse), The Chalk Garden (Chichester Festival Theatre) and Pride and Prejudice (Regent’s Park Open Air Theatre).

Lucy Doyle recently graduated from RADA and made her professional debut this year at Theatre Royal Bath in Vienna 1934 – Munich 1938 alongside Vanessa Redgrave and Paul Hilton.

The Croft is set in the remote Scottish Highlands village of Coillie Ghille, where we encounter three women from different eras whose lives are intertwined by the croft’s dark history. In the 1880’s, we have Enid, the last person left in the village – she’s resilient, a survivor, who takes in the Laird’s pregnant daughter, Eilene. In 2005, Ruth occupies the croft, which she and her husband Tom bought as a holiday home and where Ruth has her affair with local man, David. In the present day, Laura returns with her friend Suzanne to her parent’s croft after her mother Ruth’s death. They discover the terrifying truth that lurks within the croft. In this bold and haunting play, the present interweaves with the past, as these women search for love in the midst of great danger. As we watch their stories intertwine and ancient tales surface, can the present heal the past?

The Croft is directed by the award-winning director Philip Franks, with design by Adrian Linford, lighting by Chris Davey, sound by Max Pappenheim and casting by Ellie Collyer-Bristow CDG.

This production is produced by The Original Theatre Company (The Habit of Art, The Night Watch, Birdsong).