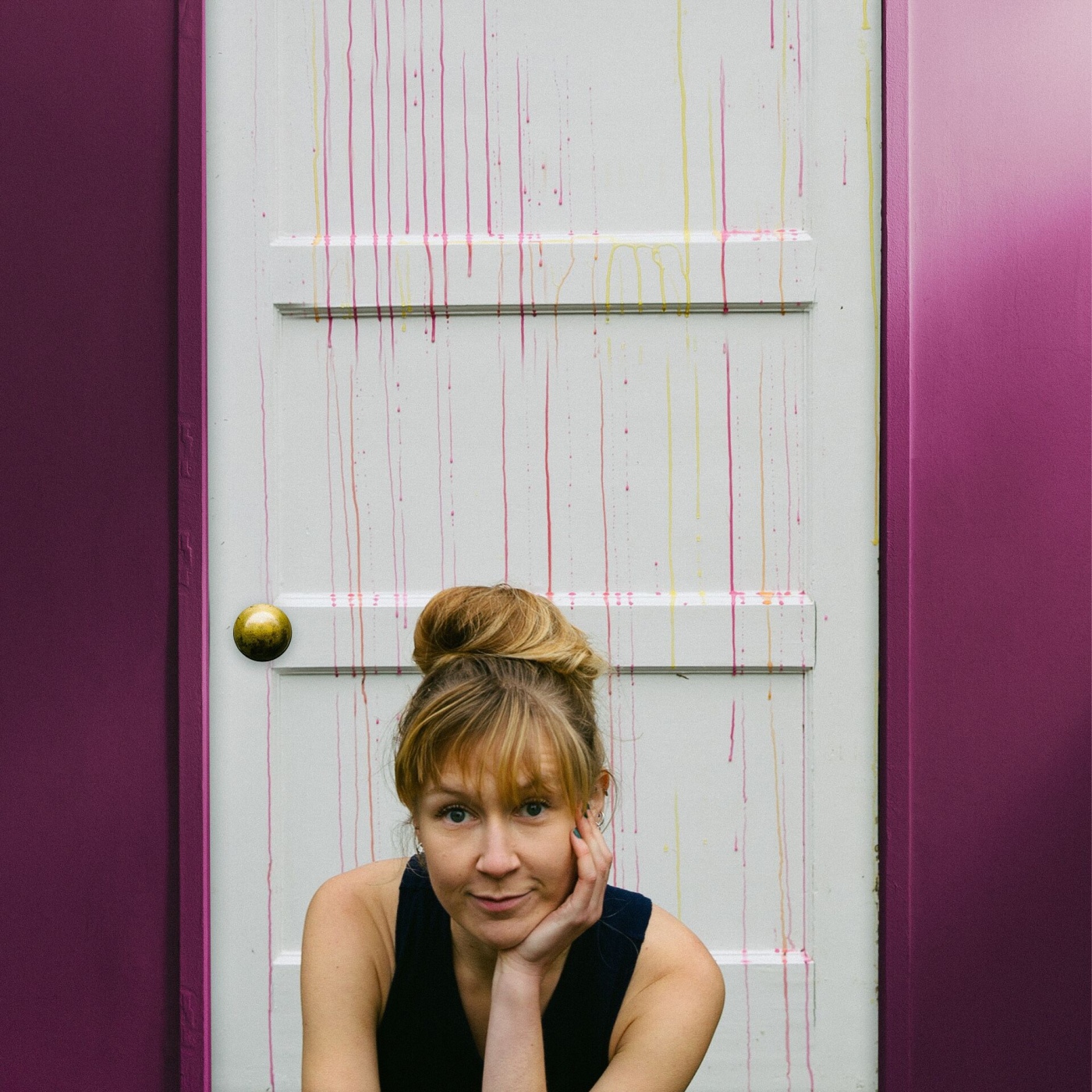 Katie Arnstein is an award-winning writer and performer. Her latest play, Sticky Door, the final part of Katie’s It’s a Girl! trilogy, will be performed at the VAULT Festival next month. I caught up with Katie to find out more.

How did you first get involved in theatre?
I was very lucky when I was little – my parents used to take me to the theatre to see shows and I used to go to The Lichfield Garrick Youth Theatre when I was very young. I also used to put on shows for my parents where I wore a cape and a Mickey Mouse hat and I would sing what I saw (lucky Mum and Dad). I didn’t know you could go to drama school and train until I was having my careers advice at school. My school had a wicked drama department and the school shows were incredible. I applied to drama schools outside of London (actually, my Mum filled in a lot of the applications because I didn’t think I was good enough to apply) and got into Birmingham School of Acting.

Can you tell me about Sticky Door?
Sticky Door is the third storytelling show I have written and like all the shows I’ve made is semi-autobiographical. It tells the story about the year I wanted to “Casanova” myself around London looking for a no-strings attached lover for every month. It is a storytelling comedy with original songs created by an all-female team, including Ellen Havard and Beccy D’Souza.

What prompted you to write the show?
Several things fitted together for this show. I wanted my pieces to become a storytelling trilogy, I wanted to discuss being a sexual woman and what that means for me and how others view that; I always focus on the everyday sexism that women are faced with just for living their own dang lives. I wanted to add my voice to the growing calls for change, I hope Sticky Door does that.

What have you learned from the It’s a Girl! Trilogy so far?
That’s a lovely question. I have learnt a huge amount in different aspects of the process. Writing Bicycles and Fish (Part 1) started as a 20-minute scratch piece and I just wanted to write something that I wanted to act in (after a run of hard/bad/unfulfilling jobs), to see if I could. The trilogy (Bicycles and Fish, Sexy Lamp and Sticky Door) has been about finding my voice and then raising it. It’s taught me to be brave, to find like-minded people to create with and find as many people as possible to perform to. It’s also taught me that there is a sort of shared experience that women have, but I rarely see it on stage or screen and I hope this changes soon. It’s changed my life to be honest.

What can audiences expect from the show?
They can expect to be looked after and be told a story that I hope will make them laugh. If they have seen Bicycles and Fish or Sexy Lamp before, there are a few extra Easter eggs, if not, it is a comedy with songs about finding out who you are and who you want to be.

What would you like Sticky Door to achieve?
A six-part Netflix/BBC comedy drama series where I am played by Cate Blanchett*

*Failing this, I hope that Sticky Door will be able to make people laugh, maybe cry a little and feel supported. I would love to tour it in 2021 and get it to as many people as possible but in the here and now I am just looking forward to sharing my story with the magical audiences of VAULT Festival.