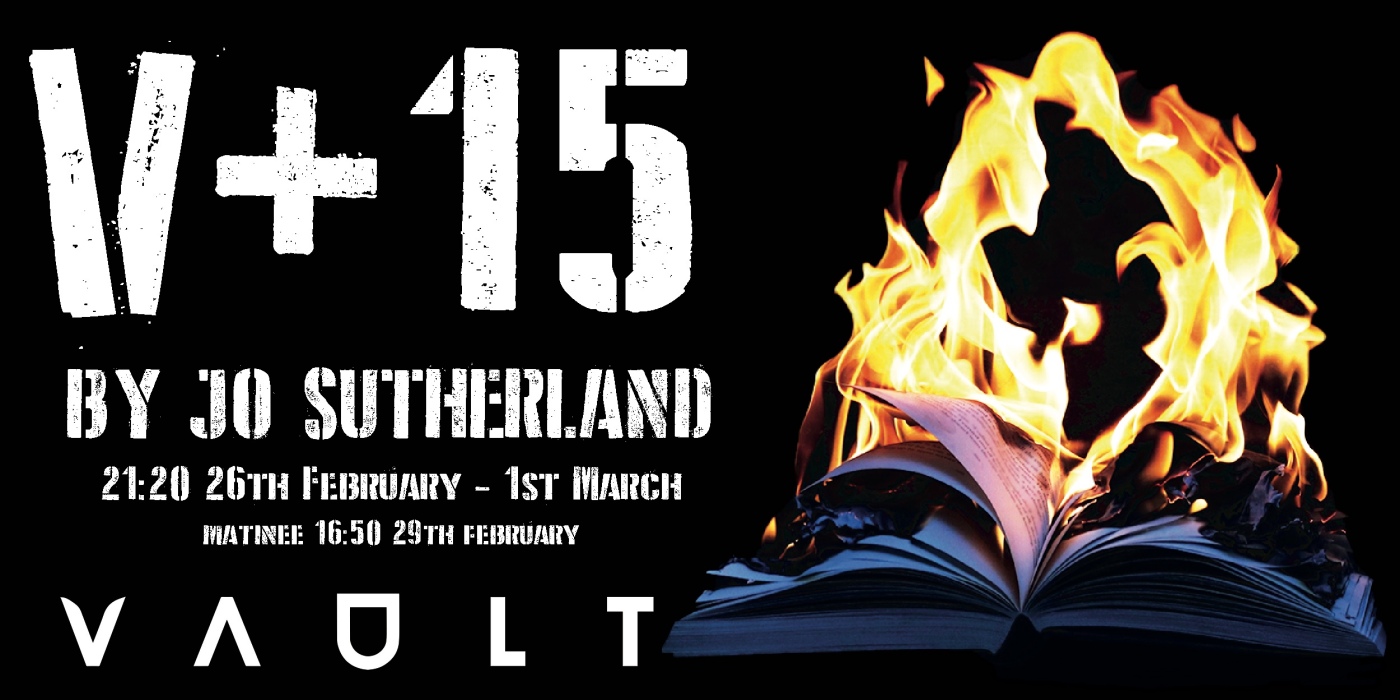 V+15, the debut play from Jo Sutherland, will open at London’s VAULT Festival later this month. The dystopian play imagines a world in which books are banned and dissent is brutally suppressed.

When whistle-blower, Alina, tries to convince journalist, Vincent, to play a part in sabotaging the system, the pair are forced to confront the ways in which they are guilty of manipulating language for their own gain. V+15 explores the cost of speaking up against injustice and the weaponization of words by the powerful.

The show premieres on 26 February 2020, during Freedom to Read Week, an annual campaign that encourages commitment to intellectual freedom. V+15 is being presented in support of PEN International, a worldwide association of writers that champions freedom of expression. 2021 marks PEN International’s centenary.

Directed by Sara Reimers, V+15 is the inaugural production of Nevertheless Theatre Company. Nevertheless is a new, female-led company committed to producing politically-engaged work. Reimers founded Nevertheless to platform works by new writers and to stage inventive adaptations of classical plays. Praise for her directing work with other companies includes:

Sara Reimers said: “I’m thrilled to be bringing V+15 to VAULT Festival as our inaugural production as a company . We’re living through tumultuous times and at Nevertheless we believe that theatre should confront the major questions facing us as a society. V+15 is a gripping exploration of personal belief and political agency that will really get audiences talking . ”​ Jo Sutherland on V+15 : “I wrote the play because censorship is a topic that both fascinates and frightens me. Underpinning the narrative is the idea of moral incompatibility and, in the digital era, how censorship through distortion changes the way people respond to social issues caused by conflicting ideologies. V+15 intends to push the ‘censorship versus freedom of speech’ debate forward. I’m beyond excited that it’s coming to VAULT Festival 2020.”