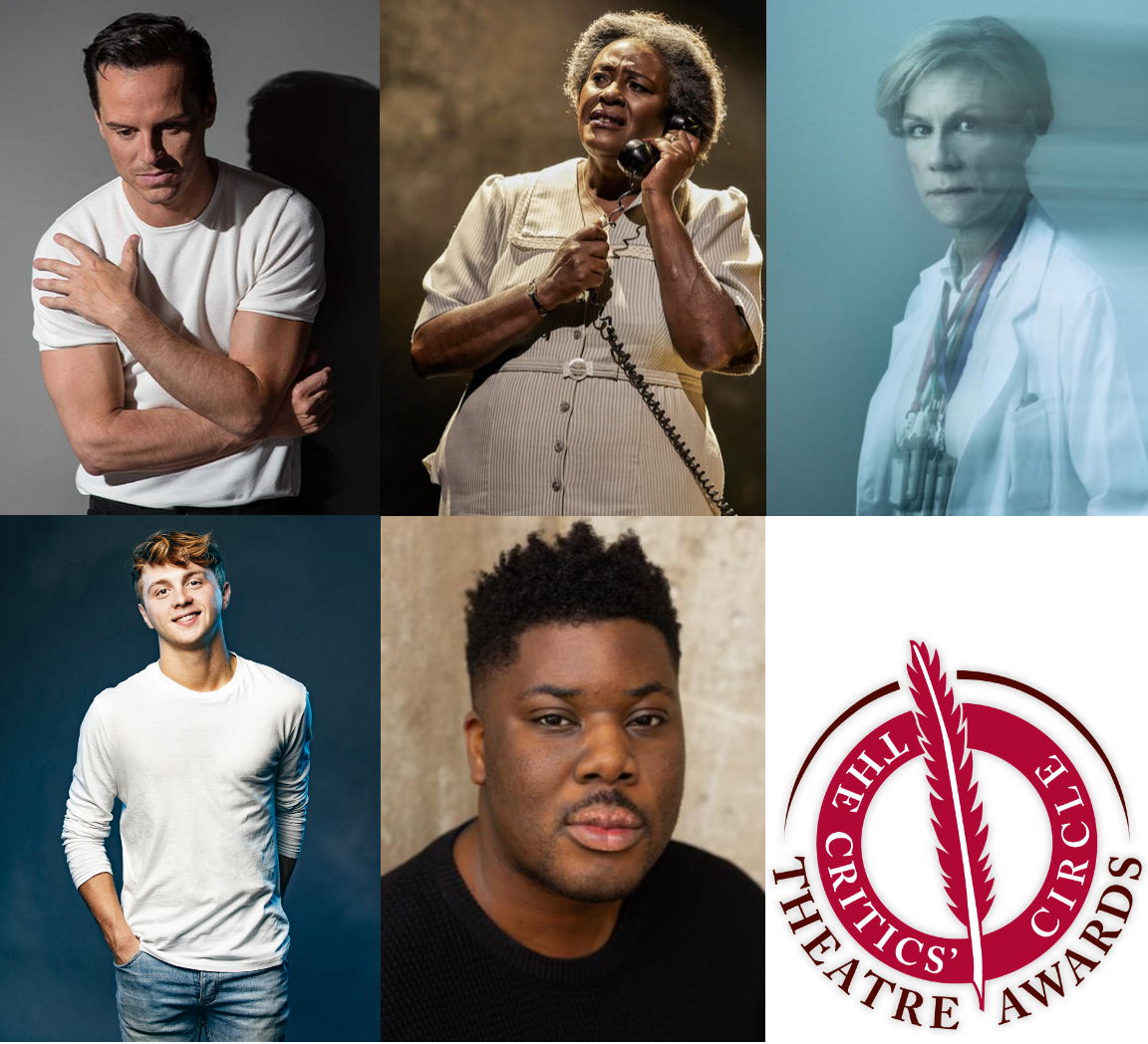 ‘A Very Expensive Poison’ at the Old Vic was named Best New Play and ‘Come From Away’ Best Musical. Jamie Lloyd was Best Director for three productions in the past year – ‘Betrayal’ at the Harold Pinter Theatre, ‘Evita’ at the Regent’s Park Open Air Theatre and ‘Cyrano de Bergerac’ at the Playhouse Theatre.

Andrew Scott was named Best Actor for ‘Present Laughter’ at the Old Vic. It was his second win at the Critics’ Circle Awards; he previously won Best Shakespearean Performance for ‘Hamlet’, which ran at the Almeida and in the West End in 2017.

There was a tie for Best Actress with the award going to both Sharon D Clarke in ‘Death of a Salesman’ at the Young Vic & Piccadilly and Juliet Stevenson for ‘The Doctor’ at the Almeida. It was Juliet Stevenson’s second win at the Critics’ Circle Awards – she was Best Actress in 1983 for her Isabella in the RSC’s ‘Measure for Measure’.

Most Promising Newcomer was Sam Tutty for his West End debut in the title role in ‘Dear Evan Hansen’ at Noel Coward Theatre. Best Shakespearean Performance of the Year was Hammed Animashaun for his Bottom in ‘A Midsummer Night’s Dream’ at Bridge Theatre.

The ceremony is one of the best loved in the theatre awards calendar with its informal gathering of award recipients, drama critics, theatre practitioners and the media, convivially coming together to celebrate the critics’ personal choice of the best theatre, from throughout the UK, during the last calendar year.

Since the Awards’ inception in 1989, the theatre critics, consisting entirely of respected and influential working journalists, have prided themselves on offering something unique on the packed theatre awards circuit: each member of the Drama Section independently casts their vote based on personal choice, free of any discussion or industry influence, ensuring a highly democratic voting process.

The Peter Hepple Award for Best Musical – ‘Come From Away’, Phoenix

The Special Award for Services to Theatre was awarded to Paule Constable, theatre’s leading lighting designer