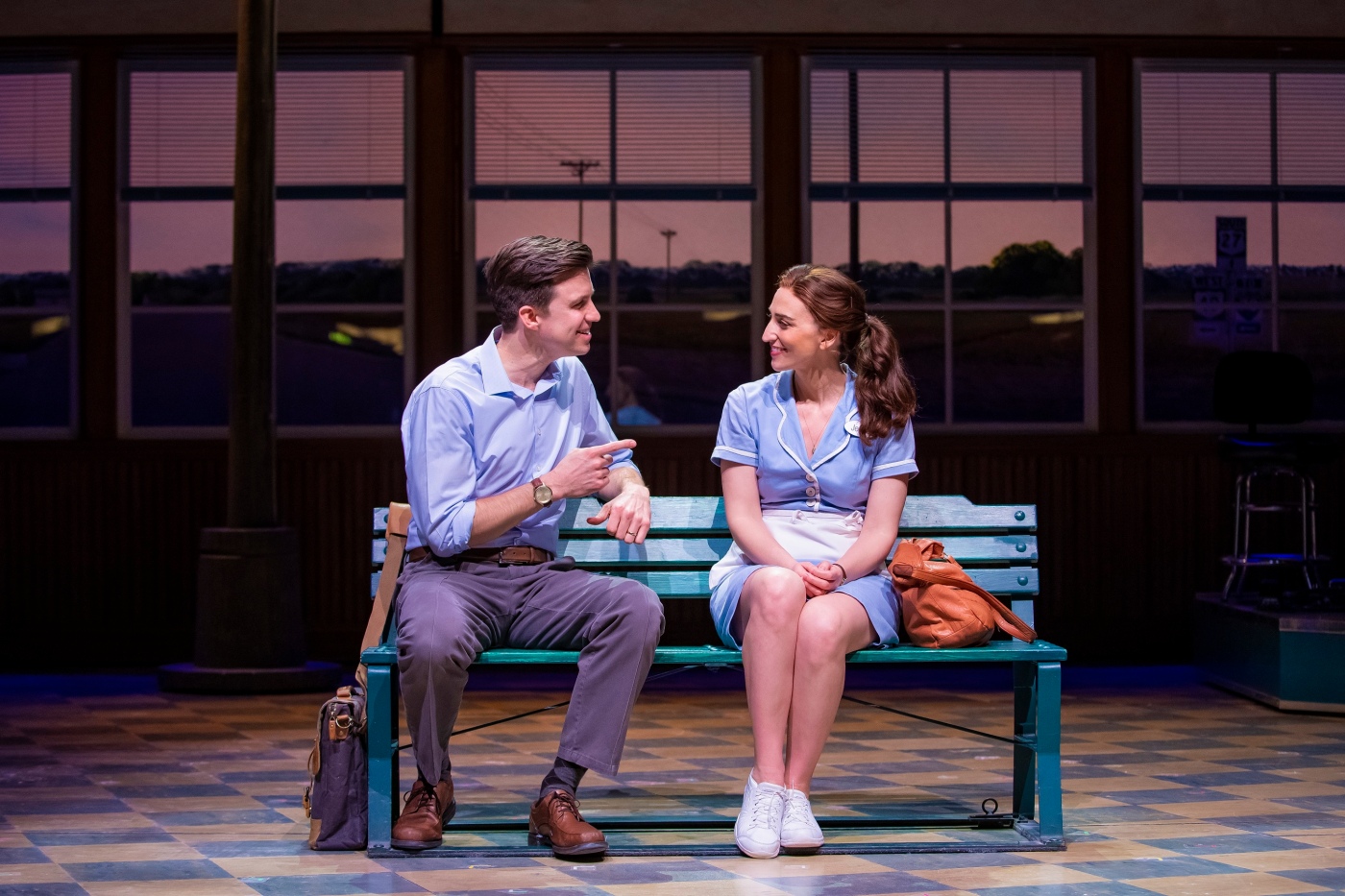 Waitress has been nominated in two different categories in this year’s Olivier Awards including Best New Musical and for Sara Bareilles’ music and lyrics for Best New Original Score or New Orchestrations.

Waitress audiences have just over 2 more weeks to see 2020 Grammy Award winner Sara Bareilles and Olivier and Tony Award-winning actor Gavin Creel as new performance dates have been added following a rapturous critical and public reception at the Adelphi Theatre. Sara Bareilles, who wrote the music and lyrics for Waitress, is making her West End debut in the lead role of Jenna with Gavin Creel as Dr Pomatter having previously performed together on the Broadway run. They will be extending for a further two weeks, now appearing through to 21 March 2020.

Waitress celebrated its official opening night at the Adelphi Theatre on 7 March 2019 and the Tony-nominated musical is now booking until 4 July 2020. The show has also just announced a new UK and Ireland tour which will open in Dublin in November 2020.

Sara Bareilles first achieved mainstream critical praise in 2007 with her widely successful hit Love Song, which reached No. 1 in 22 countries around the world from her debut album Little Voice. Since then, Sara has gone on to receive seven Grammy® nominations, two Tony nominations and three Emmy nominations. Her book, Sounds Like Me: My Life (So Far) in Song, was released in the fall of 2015 by Simon & Schuster and is a New York Times bestseller. Making her Broadway debut, Sara composed the music and lyrics for Waitress, and made her Broadway acting debut in 2017 by stepping into the shows lead role. Recently, Sara teamed up with Apple as an executive producer for Little Voice a 10-episode series, which she will create the original music for. On April 5, 2019 Sara released her fifth full-length and first album of original material since 2013, entitled Amidst The Chaos, to rave reviews. For this latest body of work, she joined forces in the studio with legendary Academy® Award-winning producer T Bone Burnett. As a result, the album spotlights her voice as a singer and storyteller like never before, while making an enduring statement. She recently completed her Amidst The Chaos North American tour.

Gavin Creel received a Tony Award for his performance as Cornelius Hackl in Hello, Dolly! starring Bette Midler and David Hyde Pierce. He made his Broadway debut originating the role of Jimmy Smith in Thoroughly Modern Millie, for which he received his first Tony Award nomination. He has since created such memorable performances on Broadway as Claude in Hair, which earned him a second Tony Award nomination, Jean-Michel in La Cage Aux Folles, and Stephen Kodaly in the Roundabout Theater Company’s production of She Loves Me, which was filmed live and is available on BroadwayHD. No stranger to London audiences, Gavin most notably originated the role of Elder Price in the West End production of The Book of Mormon, for which he received the Olivier Award for Best Actor in a Musical. He also starred as Bert in Disney’s Mary Poppins and reprised his performance as Claude in Hair. As well as starring opposite Sara Bareilles in the Broadway production of Waitress, his other stage credits include The Book of Mormon (on Broadway and originating the First National Tour), and the world premieres of Stephen Sondheim’s Bounce (at The Goodman Theatre and The Kennedy Center) and Prometheus Bound at A.R.T. On television, Gavin co-starred alongside Julie Andrews in ABC’s Eloise at the Plaza and Eloise at Christmastime. He has released three original albums GoodTimeNation, Quiet (which landed on Billboard’s Top Heat Seekers) and Get Out, and his single Noise raised money and awareness for marriage equality. Creel was a co-founder of Broadway Impact, the first and only grassroots organization to mobilize the nationwide theater community in support of marriage equality. A native of Findlay, Ohio, he is a proud graduate of University of Michigan School of Music, Theatre and Dance.