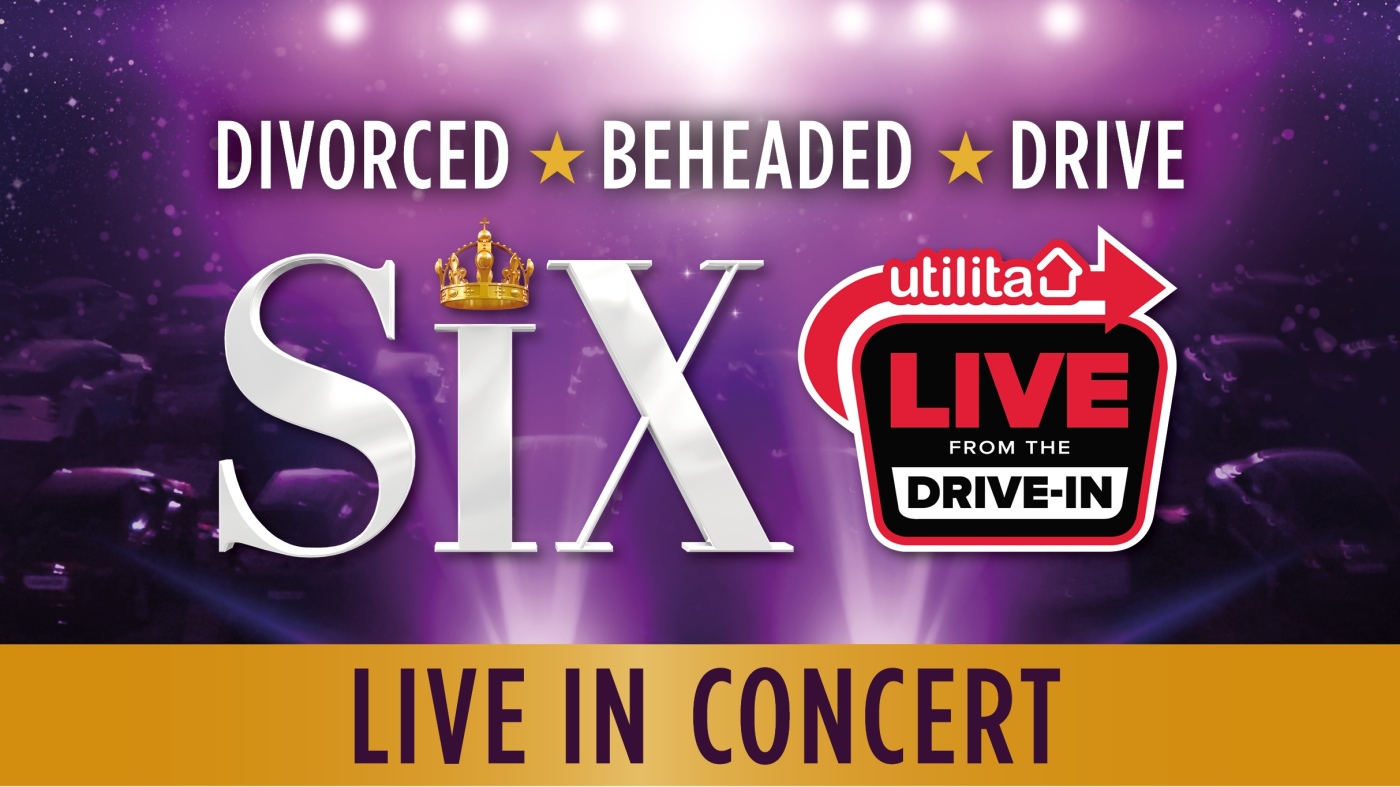 Electrifying musical phenomenon SIX by Toby Marlow and Lucy Moss will become the first West End musical to resume performances across the U.K. with Utilita Live From The Drive-In.

Designed to comply with all official guidelines, Utilita Live From The Drive-In will deliver the UK’s premier drive-in experience, boasting concert quality sound from a live stage with a full state of the art sound system, lighting rig and high definition LED screens, creating an arena or stadium concert feel in a safe Drive-In setting adhering to the Government’s current social distancing rules to protect fans, artists, crews and staff at all times.

SIX, voted Musical of the Decade by Whatsonstage, will perform an 8-show week in each venue with customers arriving by car but able to step outside, picnic and party while they watch the festival-style live stage show from their own dedicated area next to their vehicle.

Producer Kenny Wax said: “We are delighted that SIX will spearhead the reopening of one of London and the UK’s most popular shows. With the industry in crisis, theatres struggling and some even going out of business, this drive-in event offers hope for the future and equally importantly, jobs for about 50 of our company including cast, musicians, stage managers, technicians and freelancers. We are using both our West End and UK touring casts, rehearsing and touring them in a bubble and having them work in teams of 6 (fortunate for us) as per the government guidance.”

Thousands of SIX fans were left bitterly disappointed when sold out runs at the Arts Theatre in London as well as up and down the country on the UK Tour were cancelled. All cancelled UK touring dates have been moved to 2021.

SIX is a global phenomenon. It was first performed as a student production in a 100-seat room at Sweet Venue at the 2017 Edinburgh Fringe Festival. As the pandemic struck, SIX was playing to sold out houses in London’s West End, across the UK and Australia, and had its opening night on Broadway on Thursday March 12 cancelled when three hours before, the New York Governor shut down theatreland.

SIX was nominated for five Olivier Awards including Best New Musical, won the WOS award for Best Musical 2020, performed on the
results show of ‘Britain’s Got Talent’ and in front of thousands at West End Live.

Songs from the SIX studio album are streamed on average 450,000 per day making it the second highest streaming musical theatre recording in the world after ‘Hamilton’.

From Tudor Queens to Pop Princesses, the six wives of Henry VIII take to the mic in SIX to tell their tales, remixing 500 years of historical heartbreak into a 75-minute celebration of 21st century girl power. These Queens may have green sleeves but their lipstick is rebellious red.

Tuesday 8 – Saturday 12 September
LONDON
Colesdale Farm
Colesdale is situated in Northaw village, a touch away from Greater London, sitting on the borders of the London Boroughs of Enfield and Barnet, with very easy access to the M25, A1 and A41