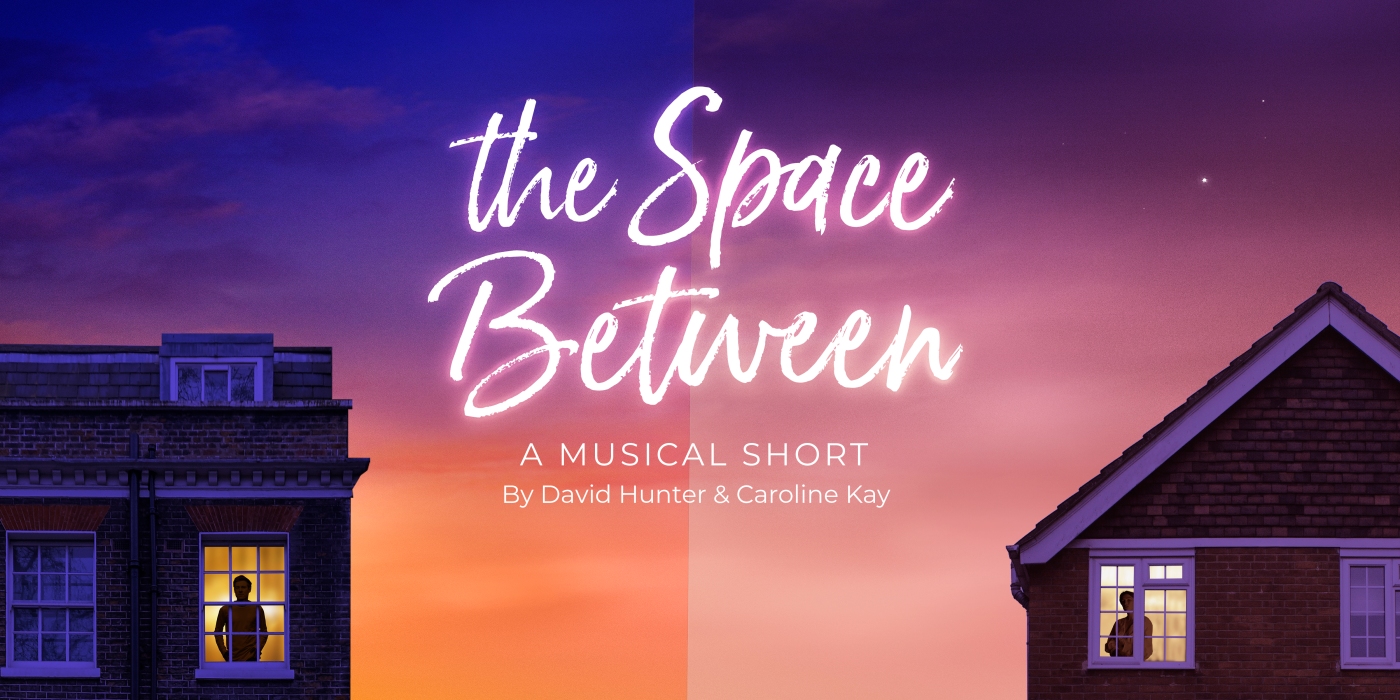 West End star David Hunter (‘Waitress’, ‘Kinky Boots’, ‘Once’) and actor/singer-songwriter, Caroline Kay (‘The Clockmaker’s Daughter’), have come together virtually  – having never before met in person – to write, perform, and record a new Musical Short, ‘The Space Between’.
Made using screen-recordings of live video calls over Zoom, FaceTime, and Whatsapp, ‘The Space Between’ is a 13-minute musical story offering a glimpse into a couple’s difficult relationship through Lockdown.

David said “I’ve always wanted to write a musical, and I reached out to Caroline with the beginnings of an idea for a Lockdown creation.”

The two then agreed to collaborate and composed the piece by communicating solely via Whatsapp.

Caroline said: “Lockdown has affected all relationships in different ways and we wanted to explore what these effects might look like for one fictional couple.”

Hunter and Kay teamed up with composer and musical director, Nick Barstow (another creative whom neither of the pair have met in person!), as arranger and musical supervisor, Imogen Halsey (on cello) and connected with Joe Davison of Auburn Jam Music LTD who mixed and mastered.

‘The Space Between’, written and performed entirely in isolation by David Hunter and Caroline Kay, will be released on Wednesday July 15 to raise funds for the Theatre Artists Fund, the emergency fund for theatre workers in need of urgent support due to the coronavirus pandemic set up last month by theatre and film director Sam Mendes.

‘The Space Between’ is free to view at https://www.youtube.com/watch?v=1jMCO4shFMI&feature=youtu.be

Audience members who can afford to make a donation to the Theatre Artists Fund are encouraged to do so.