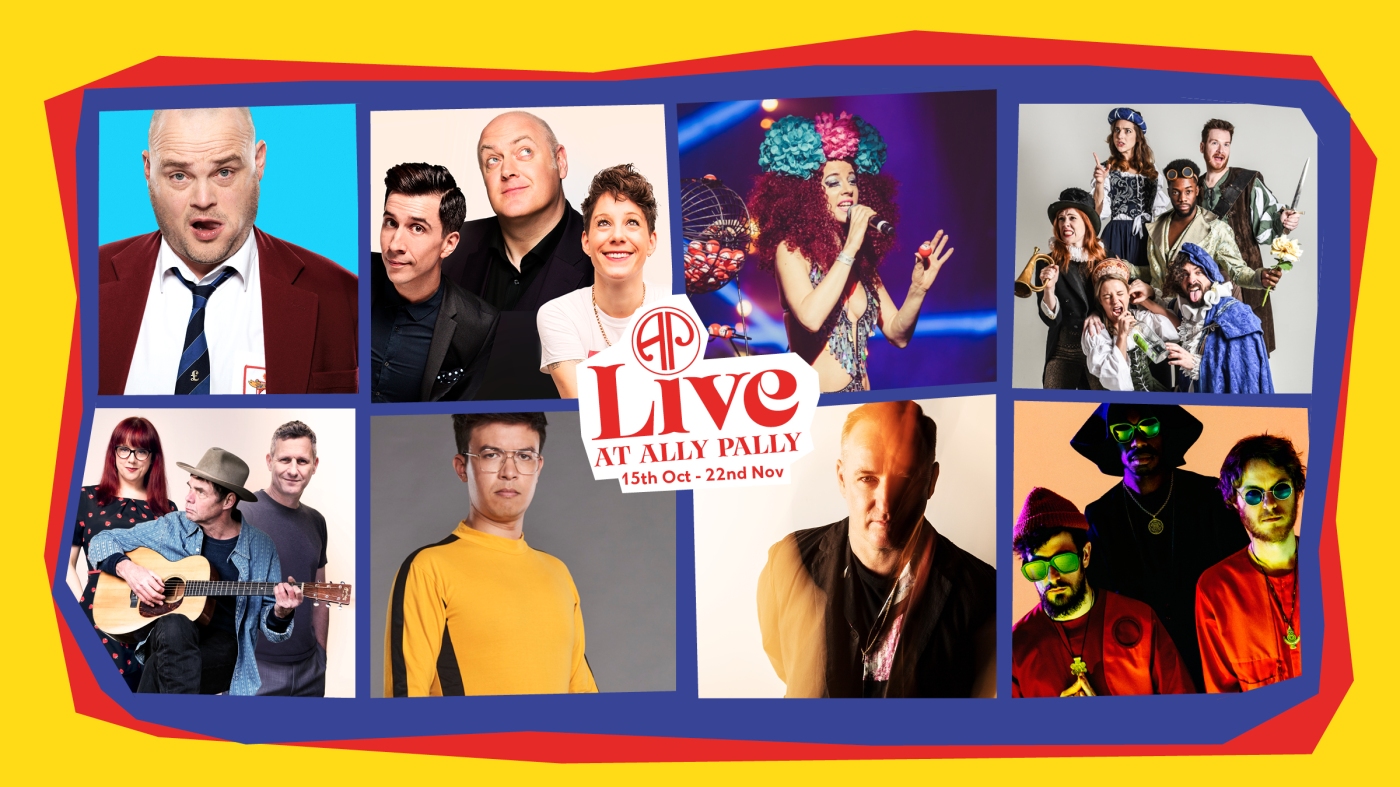 Alexandra Palace has today announced the return of live, indoor public events with a season of music, comedy and entertainment from 15 October – 22 November. Featuring some of the most exciting acts in comedy and music, Live at Ally Pally will mark the re-opening of The West Hall, which has remained closed to the public since March. More acts will be announced shortly.

Following on from the sell-out success of the Palace’s summer alfresco comedy gigs, Live at Ally Pally will welcome some of the finest stand-up comedians on Thursday and Saturday evenings. The opening show on Thursday 15 October will be headlined by Al Murray and his alter ego The Pub Landlord. Subsequent nights will feature the likes of Phil Wang, Adam Hills, Dara O’Briain, Rich Hall, Russell Kane, Nathan Caton, Suzi Ruffell, Rosie Jones and Angela Barnes performing quick fire sets of brand-new material and the best of their current repertoire.

From behind closed doors, Alexandra Palace has collaborated on and hosted some of the most innovative and notable music events this year including Nick Cave Alone at Alexandra Palace and Wireless Connect! Festival. Live at Ally Pally will feature live sets from influential DJ Sasha (30 October). Also joining the line-up are The Comet Is Coming who will bring their unique fusion of jazz, Afrofuturism, electronica and psychedelia to the Palace on 18 November.

In order to host the events, the Palace’s West Hall will be transformed, with audiences seated at socially distanced tables. Table service will be provided, serving up food and drinks from a variety of pop-up street food vendors and bars offering cocktails and craft beers.

Louise Stewart, Chief Executive of Alexandra Palace said: “Like many organisations across the country we have faced and continue to face some incredibly difficult times. However, in the true spirit of Ally Pally our lights have remained switched on throughout this period of uncertainty.

“From behind closed doors we have collaborated with the likes of ENO on Europe’s first drive-in opera and Melody VR on virtual reality gigs whilst working tirelessly to support our local community. Our building became a giant food distribution hub during lockdown and we’ve continued to deliver activity from our creative learning programme online for families in our local community and beyond. Whilst our Park has provided much appreciated green space in the urban environment for thousands of people every day.

“After safely and successfully hosting over seventeen thousand people at one of London’s biggest beer gardens over the summer, Live at Ally Pally feels like the next logical step going into the Autumn. We’re thrilled to be able to welcome audiences back into our building next month for some of the best in live entertainment.”

The health and safety of customers and staff is of the utmost importance and we are working closely with partners to regularly review Government guidelines. In line with the latest advice Alexandra Palace has implemented COVID-19 secure measures to ensure Live at Ally Pally follows strict hygiene protocols and allows for social distancing, with all events finishing by 10PM. Events will be seated with group bookings of up to a maximum of six people. Table service will be in place with all orders and payments going through an at-table-app ordering system to ensure there is no need for cash or contact with anyone outside of your household.

For more information and to book visit www.alexandrapalace.com/live