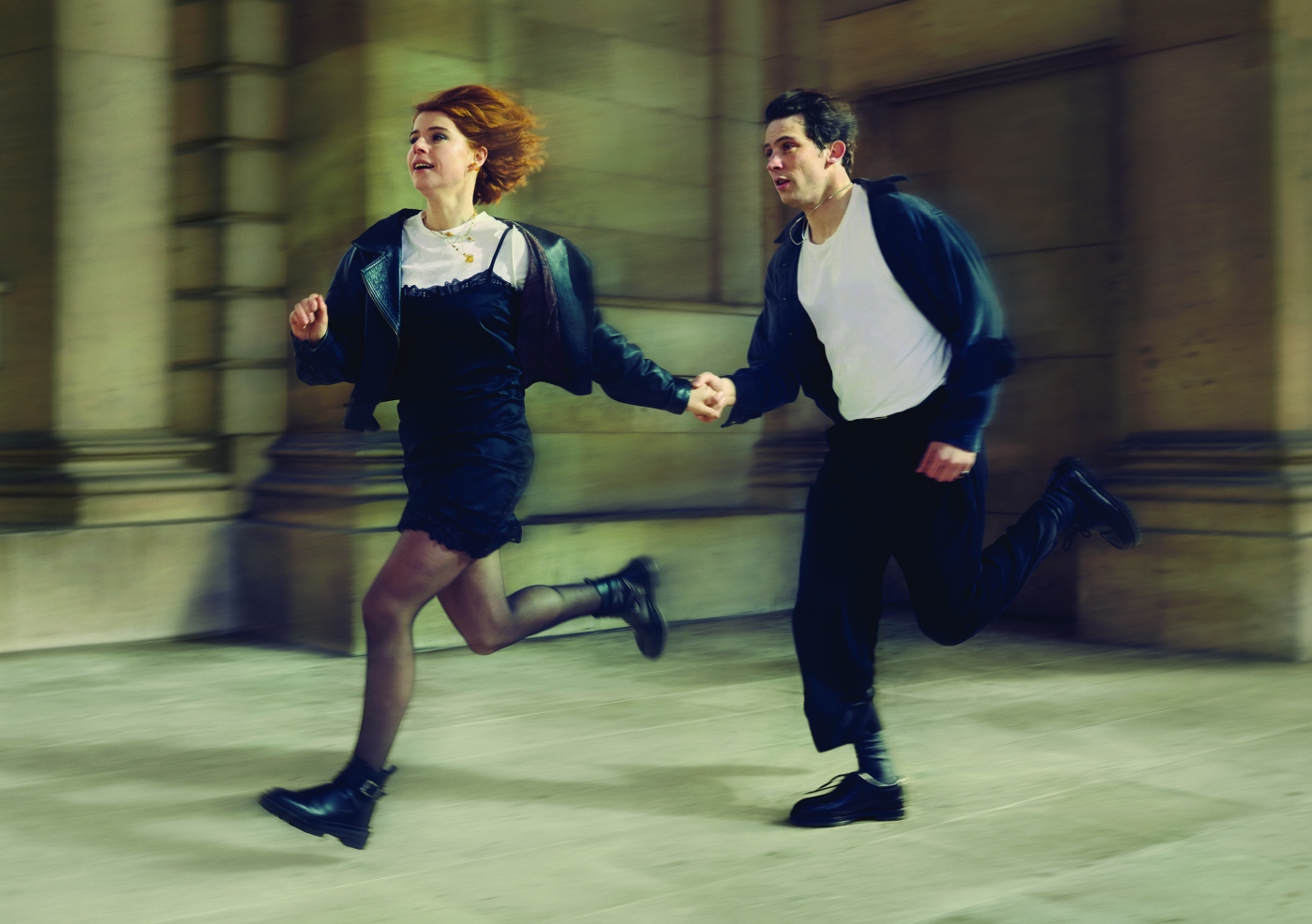 The National Theatre has today announced it is creating a new filmed version of Romeo & Juliet for television, temporarily transforming the vast stage spaces of its Lyttelton theatre into a film studio to capture Shakespeare’s timeless play for a new generation of audiences.

The National Theatre has broadcast stage productions to cinemas for over a decade through its National Theatre Live programme, but this will be the first time an original production for screen has been created in its South Bank home.

Romeo & Juliet will be directed by NT Associate Simon Godwin (Antony and Cleopatra, Twelfth Night), adapted for screen by Emily Burns and with Jessie Buckley (Chernobyl, Judy) and Josh O’Connor (God’s Own Country, The Crown) as the star-crossed lovers.

Romeo & Juliet was originally to have played to theatre audiences in the NT’s Olivier auditorium from Summer 2020. Reconceived for the screen, this new 90-minute version will be shot over three weeks with a collaborative team of theatre and film experts, embracing the architecture of the theatre space in telling the story.

It will premiere in 2021 on Sky Arts and PBS, in the UK and US respectively. Sky Arts went free-to-air this September and is now available for everyone on Freeview channel 11 in the UK. Sky Arts is the headline sponsor of National Theatre Live in the UK and has just renewed its partnership for a further three years. In the US, the Emmy Award-winning performing arts series Great Performances will present Romeo & Juliet on PBS.

Rufus Norris, Director and Joint Chief Executive of the National Theatre, said: “Realising the Lyttelton theatre would need to remain shut to audiences during this time has been really difficult and meant we found ourselves in a unique set of circumstances. I wanted to find a way to use that space to create something exciting and special for audiences, that utilised the exceptional skill and craft of the National Theatre’s teams, freelancers and creative associates, and that could reach as many people as we can. That’s all going to be possible with this brilliant film of Romeo & Juliet and, in collaboration with Sky Arts, PBS and No Guarantees, it will be seen across the UK and US. I’m delighted that Simon, Jessie, Josh and the team have joined us for a National Theatre first and are going to create a truly fresh film of Shakespeare’s enduring love story.”

Simon Godwin, director of Romeo & Juliet, NT Associate and Artistic Director at the Shakespeare Theatre Company, said: “This has been a uniquely challenging time for the industry and so I have huge respect for Rufus and the team for meeting this challenge with creativity and deciding to use the Lyttelton theatre in this way for filmed work; I think it’s a genius idea and I’m honoured to be able to create the first film. I think I speak for myself, the creative team and the cast when I say how delighted we are to be focusing all our creativity into this version of Romeo & Juliet once more. Some ideas are staying, lots of new ones are coming in – I’m very excited about this new genre, combining film and theatre, and bringing together the remarkable talents of those industries. And the world will get to see Josh as Romeo and Jessie as Juliet, it had to happen!”

As previously announced for the Olivier production, Fisayo Akinade (The Antipodes, Barber Shop Chronicles) will play Mercutio. Also announced today as joining the cast of Romeo & Juliet is Deborah Findlay (Coriolanus, The Split) in the role of the Nurse, Tamsin Greig (Twelfth Night, Talking Heads) as Lady Capulet, Lucian Msamati (Master Harold…and the boys, His Dark Materials) as the Friar, Shubham Saraf (A Suitable Boy) as Benvolio, David Judge (My Brilliant Friend) as Tybalt, Alex Mugnaioni (The Visit) as Paris and Ellis Howard (Catherine the Great) as Sampson.

Set in modern Italy in a world where Catholic and secular values clash, two young lovers strive to transcend a world of violence and corruption. Uniting key talent from both theatre and film, the Director of Photography is Tim Sidell (I Hate Suzie), with production design by Soutra Gilmour, movement direction by Jonathan Goddard and Shelley Maxwell, fight direction by Kate Waters and composition by Michael Bruce.

Rehearsals for Romeo & Juliet start in November at the National Theatre, with filming from December and the premiere expected to air in spring 2021.

Presented by Sky Arts, PBS and No Guarantees, Romeo & Juliet will be produced by the National Theatre, in association with Sabel Productions and Cuba Pictures.