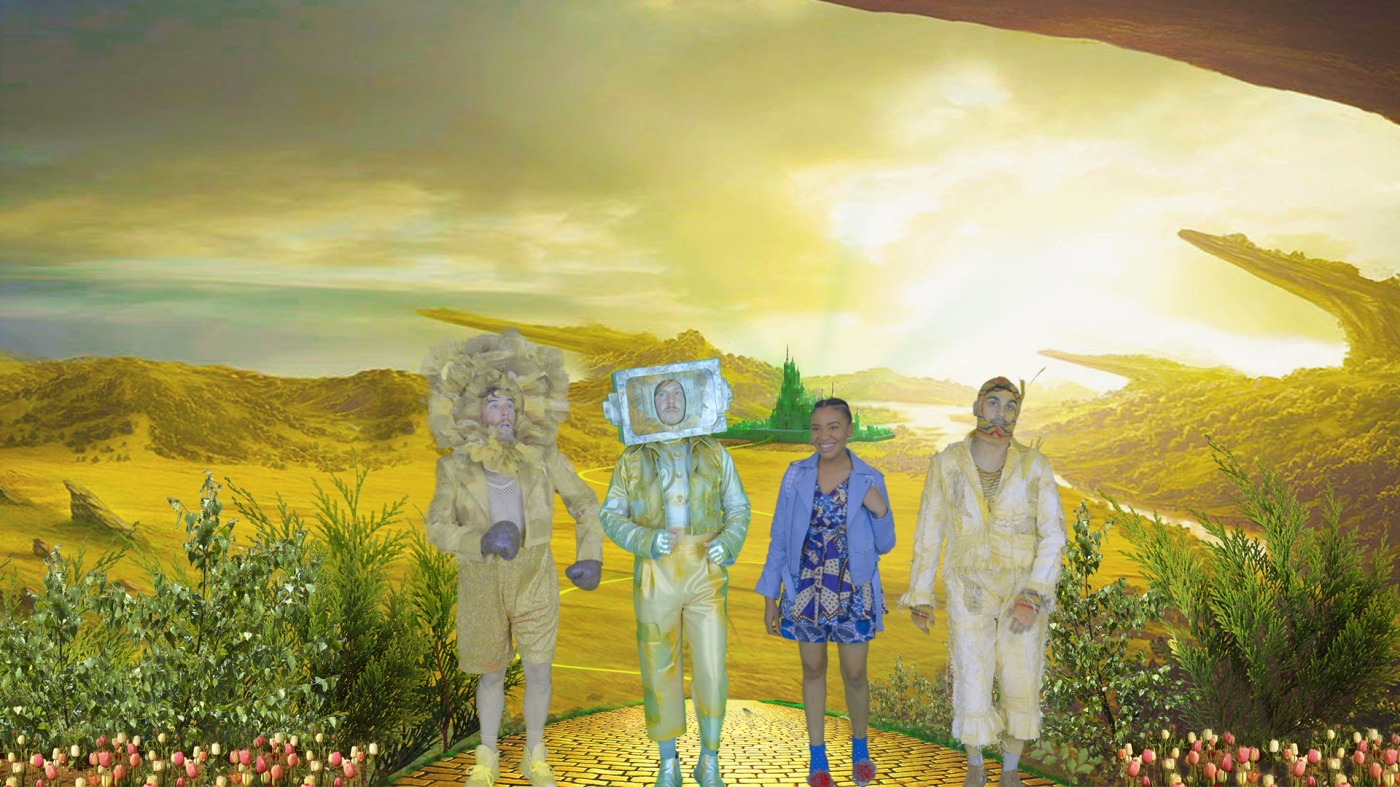 This December, award-winning site-responsive and leading digital theatre-makers Creation Theatre present a surreal and anarchic adaptation of L. Frank Baum’s The Wonderful Wizard of Oz with all the storytelling, songs, magic and togetherness that Oxford’s largest producing theatre company’s Christmas shows are traditionally known for.

Audiences across the globe will be invited to escape reality and journey together to the magical Emerald land; where, along with the Scarecrow, Lion, Tin Man and many more dreamlike characters, they will work together to get Dorothy back home. 28 shows will be performed LIVE online in real time, across two weeks from the 19 December to 3 January.

An annual fixture usually staged at the North Wall Arts Centre, this year Creation Theatre takes the anarchic spirit and style of their traditional family shows online, reuniting the team behind many of its Christmas hits including The Snow Queen, Peter Pan and A Christmas Carol.

Director and adaptor Gari Jones and costume and set designer Ryan Dawson Laight will recreate a magical tale and a visual feast with an eight-strong cast including a very special surprise cameo appearance from one of the most dazzling and iconic performers of the stage.

Gari Jones (NATIONAL THEATRE, ALMEIDA, Young Vic, ARTS THEATRE, FINBOROUGH, MERCURY THEATRE), who has adapted and directed many of Creation’s previous Christmas sell-outs says of this adaptation: “This show will be playful, silly, surreal and anarchic but alongside it there’s a tale with a heart that has a beauty and fragility.” He adds: “It’s also really poignant right now, especially when audiences may be feeling a sense of loss and isolation, so we wanted to try to recreate that sense of being able to hang out with your family and friends and experience a unique and fun night of surprises and liveliness.”

Families and friends may be apart this year, but Creation Theatre are reaching out to more people than ever around the globe this Christmas. People can book onto the same show as someone they know and will be able to spot them in the audience.

The organisation has been recognised for its digital work and this month has been awarded significant funding by public body Innovate UK to develop further its ground-breaking digital stage practices.