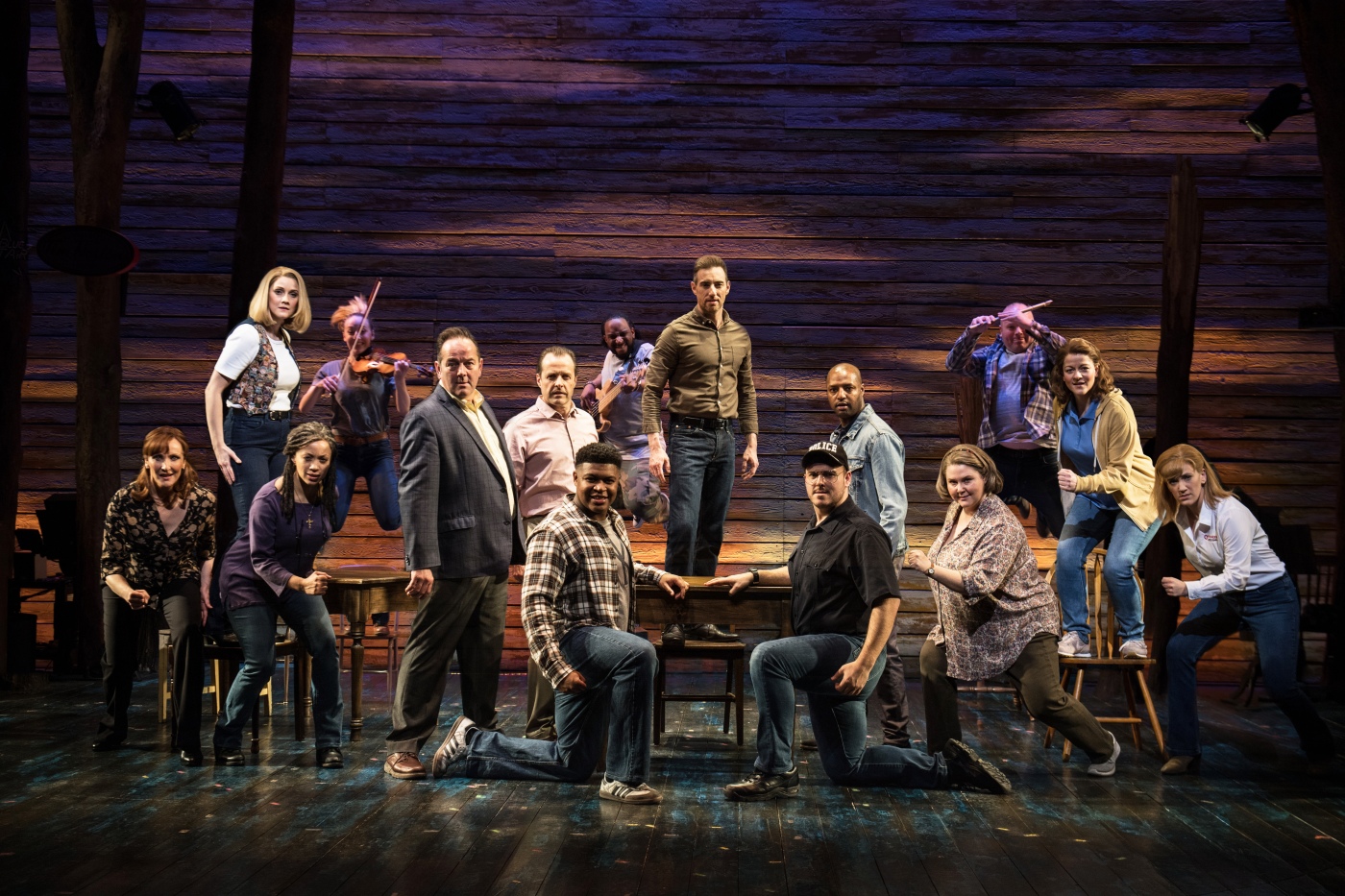 Multi award-winning, international hit musical Come From Away will make a welcomed return to the West End early next year with a very special staged concert version performed for a limited run at the Phoenix Theatre, London from 10 – 27 February 2021.

Come From Away: The Concert will reunite cast, band and company with specially adapted staging and a reduced audience capacity to allow for safe social-distancing. The 100 minute concert production will be the first chance to see the critically acclaimed musical since the production closed, alongside all theatreland, in the wake of international lockdown measures in March 2020.

There will also be an invited dress rehearsal performance of the concert, which will be free for key workers to attend on 10 February at 2.30pm, to return some of the kindness they have given us this year and always. Details on how to apply for free tickets to this performance will be announced in January 2021.

Come From Away tells the remarkable and inspiring true story of 7,000 stranded air passengers during the wake of 9/11, and the small town in Newfoundland that welcomed them. Cultures clashed and nerves ran high, but as uneasiness turned into trust, music soared into the night and gratitude grew into enduring friendships.

On 11 September 2001 the world stopped. On 12 September, their stories moved us all.

Producers of Come From Away, John Brant and Joseph Smith, say: We are thrilled to be able to present Come From Away in this specially adapted staged concert. It’s been too long since we were able to welcome people to ‘The Rock’ and we’ve really missed our audiences. The resilience and kindness of Newfoundlanders is known the world over and constantly provides inspiration to us all in these challenging times. Theatre is integral to the vibrancy of the UK’s creative sector; it is one of the key drivers of the night-time economy of many cities across the UK so now more than ever we want to tell our story and give audiences the chance to see us live again.

The international hit musical celebrated sold-out, record-breaking engagements on Broadway, in Canada, in Australia, on a 60-city North American Tour and recently opened in Sweden.

Come From Away was originally co-produced in 2015 by La Jolla Playhouse and Seattle Repertory Theatre, and presented in 2016 by Ford’s Theatre in Washington DC and Mirvish Productions at the Royal Alexandra Theatre in Toronto, Canada, all in partnership with Junkyard Dog Productions. Come From Away (NAMT Festival 2013) was originally developed at the Canadian Music Theatre Project, Michael Rubinoff Producer, Sheridan College in Oakville, Ontario, Canada, and was further developed at Goodspeed Musicals’ Festival of New Artists, in East Haddam CT. The Canada Council for the Arts, the Ontario Arts Council and the 5th Avenue Theatre in Seattle WA also provided development support.

Come From Away is produced in the UK by Junkyard Dog Productions and Smith & Brant Theatricals. The European premiere of Come From Away was co-produced with the Abbey Theatre, Ireland’s National Theatre.