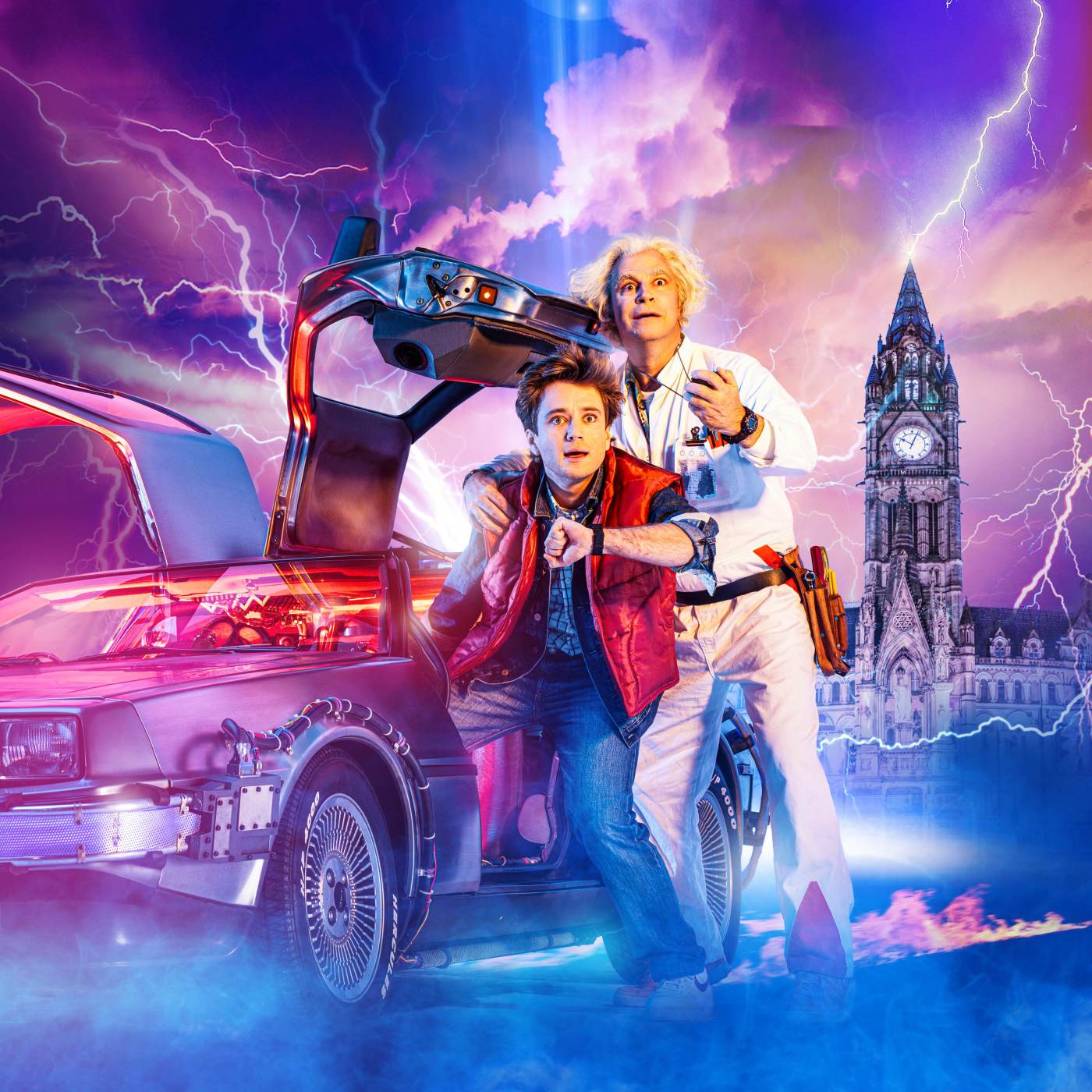 Producer Colin Ingram (Ghost – The Musical) and Robert Zemeckis and Bob Gale, the creators of the Back To The Future film trilogy, have announced that Back to the Future The Musical’s performances at the Adelphi Theatre in London’s West End will now begin on 20 August 2021. The musical’s out-of-town opening at Manchester Opera House in March 2020 received an incredible reaction from critics and the public alike, but was cut short when theatres were closed due to the COVID-19 pandemic exactly a year ago.

Based on the Universal Pictures/Amblin Entertainment film, Back to the Future The Musical has a book by Bob Gale and new music and lyrics by Emmy and Grammy Award-winning Alan Silvestri and six-time Grammy Award-winning Glen Ballard, with additional songs from the film including The Power of Love and Johnny B. Goode.

Marty McFly is a rock ‘n’ roll teenager who is accidentally transported back to 1955 in a time-travelling DeLorean invented by his friend, Dr Emmett Brown. But before he can return to 1985, Marty must make sure his high school-aged parents fall in love in order to save his own existence.

The cast of Back to the Future The Musical will appear in a special performance on Comic Relief, which will air on BBC 1 this Friday 19 March. The bespoke sketch created by Bob Gale and specially commissioned for Comic Relief has been directed by Richard Curtis.

Colin Ingram said, “I’m delighted to announce today that our spectacular new musical theatre show Back To The Future will premiere in the West End on August 20th at the Adelphi Theatre. We look forward to welcoming our audience back to the theatre after so many months of being starved of live entertainment, with this heartening, hilarious story set to multi-Grammy winners Silvestri and Ballard’s fantastic new songs, alongside the original classics from the movie”

Back to the Future The Musical is directed by Tony Award-winning director John Rando (Urinetown, On The Town), alongside the multi Tony and Olivier Award-winning design team of Tim Hatley (set and costume design), lighting design by Tim Lutkin, lighting consultant Hugh Vanstone, Gareth Owen (sound) and Finn Ross (video), with choreography by Chris Bailey, musical supervision and arrangements by Nick Finlow and Illusions by Chris Fisher. Orchestrations are by Ethan Popp and Bryan Crook, with dance arrangements by David Chase. Casting is by David Grindrod Associates.

Sony Music Masterworks will release this summer the Original Cast Recording of Back to the Future The Musical.

Back to the Future the movie was released in 1985, starring Michael J. Fox as Marty McFly and Christopher Lloyd as Dr Emmett Brown. The film grossed $360.6 million (£279 million) at the box office worldwide and the total box office for all three films in the Back to the Future franchise was $936.6 million (over $1.8 billion in today’s money).