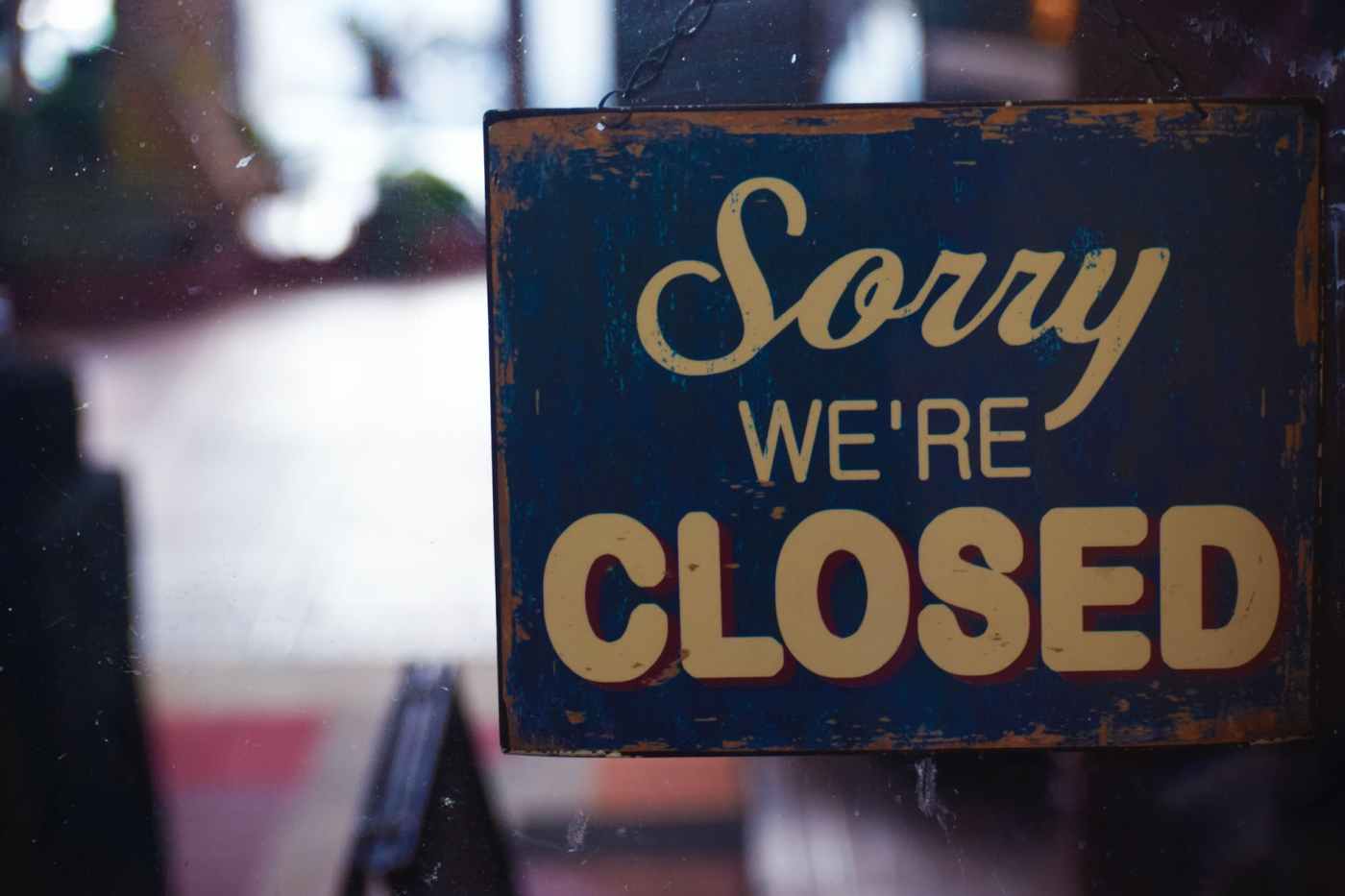 Let’s face it, the past twelve months have been awful for most of us (unless of course we’re investors in Pfitzer or Astrazeneca, or perhaps shareholders in Serco test and trace). For me personally, the past year has been one of the toughest I’ve had to endure. A year ago today, just as Boris was telling us all to stay at home and save lives, my mum had an operation for bowel cancer, and since then it’s been a year of colostomy bags, recovery, cancer recurrence and chemotherapy. And then of course on top of that we’re living through a global pandemic, we’re separated from our friends and family, and we’re in the middle of what feels like our three hundredth lockdown. Good. Times.

But despite all the darkness there have been moments of light which have made me smile over the past year, and so 12 months to the day that the UK entered its first lockdown, I thought I’d share a few of the things which have kept me (semi) sane over the past year while the world burns around us.

I’ve got to confess, during the first lockdown I found it impossible to concentrate, and the most I was able to read was my Twitter timeline. My Goodreads reading challenge was a big fat fail and I thought I’d lost my love for books. But recently I’ve rediscovered my reading mojo and have discovered some great books. I practically inhaled Olive by Emma Gannon, a story of a young woman who has chosen not to have children. As a woman in her thirties I found this such a relatable book and it left me pining for my uni days. Jack Rooke’s aptly named Cheer the F**k Up made me laugh and snot cry at the same time. This incredibly honest account of grief and mental health issues was such a powerful read. No Shame by the brilliant Tom Allen was hugely funny and moving and The Thursday Murder Club by Richard Osman was an engaging and fun read, while The Last Goodbye by Fiona Lucas was a beautiful and often heart-wrenching tale. Eddy Brimson’s novella Naughty Boy was a raw and powerful story of men’s mental health, morality and politics, and last but by no means least, Mark Stay’s latest novel, The Crow Folk, the first in the Witches of Woodville series, was an enchanting and witty tale about witches, demons and bellringing(!)

One of the perks of working from home has been the time to listen to more podcasts without a) appearing rude by ignoring my colleagues and b) falling asleep on the train. Over the past year there have been plenty of podcasts to keep us all entertained. The Standard Issue gang have continued to provide quality content over the past year, and Cariad Lloyd recently returned with another new series of The Griefcast, a beautiful podcast about grief and loss. It may sound like a bleak listen, but The Griefcast is like a warm hug from an old friend, and is a must-listen – and at times it’s incredibly funny too (honest!)

But for obvious reasons I’ve been in need of laughs and there have been plenty of podcasts to help. Anyone who knows me will know that I love the TV series Taskmaster, not to mention host Greg Davies’ sock choices. To coincide with series 10, which aired on Channel 4 last year, a new podcast was launched, hosted by series 9 winner *spoiler* Ed Gamble. Each week Ed interviews former Taskmaster contestants and celebrity fans of the show to discuss past and present episodes, the contestants and the hilarious tasks. It’s a super fun listen and great to look back over some hilarious episodes.

Recently I’ve discovered The Froth, a podcast hosted by Rhod Gilbert and Sian Harries and featuring special guests, including Barry Castagnola, Sarah Millican, Greg Davies and Josh Widdecombe. On The Froth serious news is banned, and Rhod, Sian and their friends discuss some of the more frothy news from around the world and their lives, from accidental WhatsApp messages and monster munch addiction, to a wedding guest who has a novel way of clearing a dance floor. It’s hilarious and the perfect antidote for all the bad news we’re having to endure. And so is new podcast Spit or Swallow (get your mind out of the gutter), hosted by comedians Sally-Anne Hayward and Lou Conran. Each week the pair interview a celebrity, whilst enjoying a drink of the guest’s choosing and discussing the funniest stories. Guests to date have included Jimmy Carr, Tom Allen, Yvette Fielding and the legend that is Christopher Biggins, and at the end of each episode Lou and Sally decide if they want to spit or swallow the beverage of choice. Spit or Swallow is an absolute joy and will either leave you reaching for the gin, or completely mortified as you remember your most embarrassing drunken moments. Or both.

I love comedy shows and back in the olden days when live comedy used to take place I was often in the audience of London gigs. It’s what I’ve missed most in lockdown (other than a Primark bargain) and I can’t wait to get back inside a real venue to see comedians performing live. But thankfully over the past 46 weeks Sarah Millican and Gary Delaney have come to the aid of comedy fans with Playground Comedy. Each week, for a nominal charge, viewers are treated to 90 minutes of new material from a whole host of stand-up comedians, including the brilliant Lindsey Santoro, Sindhu Vee, Jason Manford, Zoe Lyons, Prince Abdi, Brennan Reece, Jo Caulfield, Nish Kumar, and Daliso Chaponda to name just a few. With technical wizard David Hoare at the helm, Lou Conran and Sally-Anne Hayward take it in turns to host this hilarious show, which is a great way to just forget about all the awfulness and just have a laugh. Playground has been an absolute life-saver this past year, and it’s all for a well-deserved cause too. The ticket price goes to the comedians who have been out of work for an entire year, with the option of donating more if viewers are able to (Sarah and Gary, being the legends that they are, don’t take a cut).

Elsewhere Always Be Comedy has been putting on a series of shows featuring some of the country’s top comedians. I caught my first show at the weekend, featuring Tom Allen, Nish Kumar, Suzi Ruffell, James Gill, Jessica Fostekew and Kerry Godliman, and can’t wait to see another one soon!

While theatres were forced to close their doors as we entered the first lockdown, thankfully we’ve still been able to enjoy some fantastic productions over the past year. The Barn Theatre has been doing some great work in producing online content, and it’s two recent collaborations with the Lawrence Batley Theatre, and New Wolsey Theatre of What A Carve Up! and A Picture of Dorian Gray have been incredibly imaginative and compelling. Elsewhere the Old Vic’s live streams of Lungs, Faith Healer, Three Kings and A Christmas Carol have been a joy to watch, while the Bristol Old Vic’s stream of A Monster Calls proved just how imaginative theatre could be. The Bristol Old Vic’s live stream of Romantics Anonymous was magical and just what we needed to switch off from the world, while Leicester Curve’s production of The Color Purple was just incredible, with stunning performances from the cast led by T’Shan Williams. Lambert Jackson Productions have been creating some top quality content over the past 12 months, and their latest production Bklyn is incredibly powerful. While it may not be the same as sitting inside a theatre and watching with a real-life audience, online productions have made theatre accessible to a wider audience this year, and on the plus side, there’s no queue for the loo in the interval.

And it’s not just theatre productions themselves that have been getting me through this past year. In March 2020 I connected with a group of fellow theatre enthusiasts, and the many quizzes, musical bingos and group watches have been just what I needed this past year. Thanks to everyone for the laughs 🙂

Television has come to our rescue many times over the past 12 months (can you believe Tiger King aired a year ago?!) and there have been some great shows to keep us all entertained. Netflix was the gift that kept on giving, with new seasons of The Crown, After Life and the iconic Schitt’s Creek (if you haven’t watched it yet you’re really missing out), and there were some brilliant new series too, including The Queen’s Gambit and the Baby-sitter’s Club (my eight year old self was delighted). Gogglebox never fails to entertain and over the past year the families all managed to make even the worst news bearable and entertaining. 2020 was the year of Daisy May Cooper, and the final series of BBC comedy This Country was just an absolute joy. She also entertained (and then some) in series 10 of Taskmaster, which also featured Richard Herring, Johnny Vegas, Mawaan Rizwan, and the brilliant Katherine Parkinson, along with taskmaster Greg Davies and his assistant ‘little Alex Horne’. The series did not disappoint and was hilarious from start to finish, providing some much-needed escapism in a particularly difficult year.