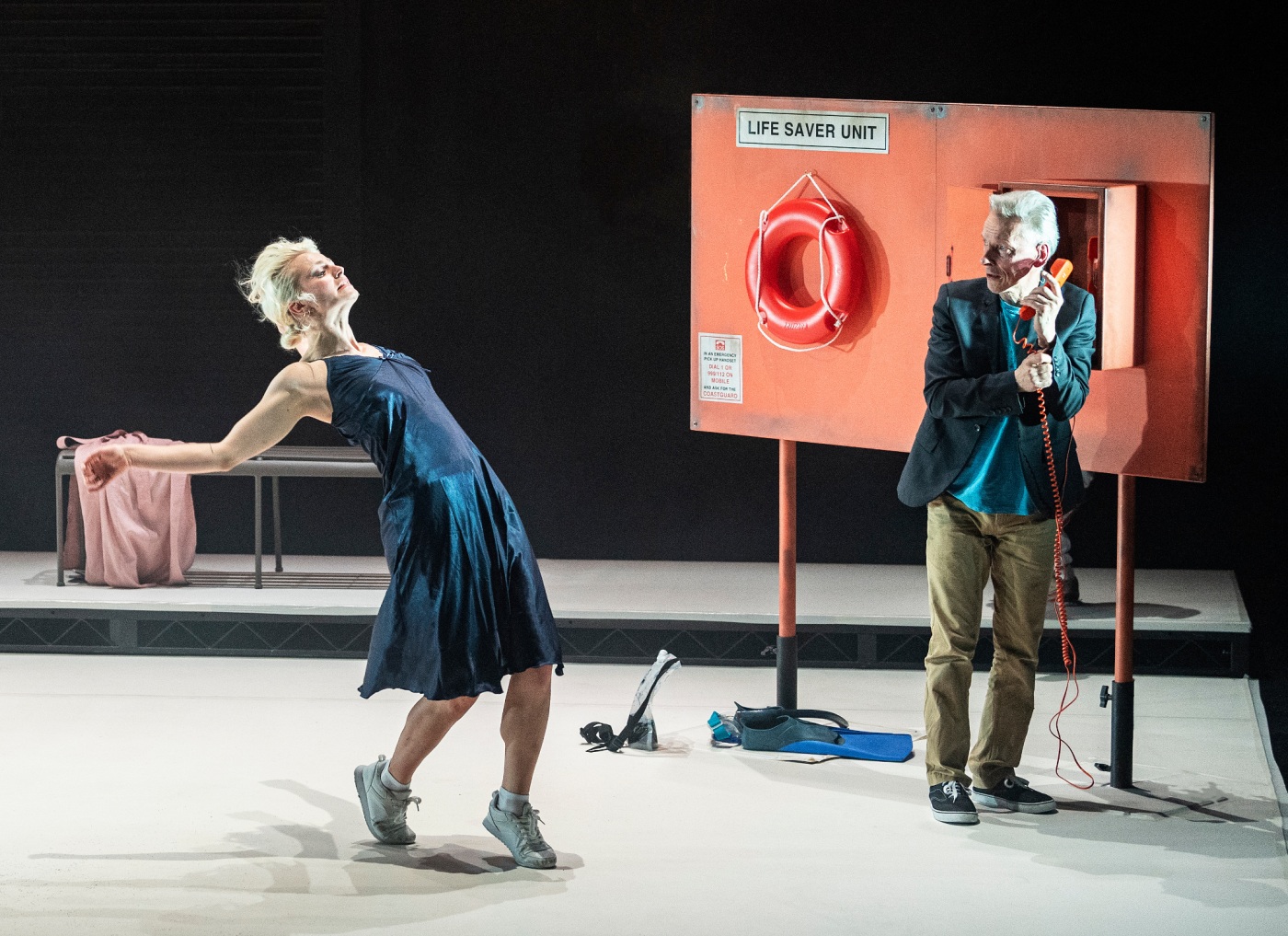 In choreographer Rhiannon Faith’s new show Drowntown, six strangers, weighed down by individual darkness, come to a deprived coastal land. Seemingly abandoned, there is no one to help but themselves. Stuck between the remains of a broken community and the vast bleakness of the sea, they struggle with isolation, shame and failed support systems.

Drowntown’s live world premiere was set for June 2020 at London’s Barbican. In reaction to the pandemic Faith has teamed up with award-winning Big Egg Films to create a stunning multi camera film version of the show.

Bold and brave, the show uses autobiographical testimonials and text to give voice to the vulnerable and unheard in Britain’s areas of social deprivation. With tenderness and honesty, the show holds up a mirror to a society at tipping point. Drowntown arrives to help save our world from drowning.

Rhiannon Faith explained ‘Drowntown was made with a hope to heal a broken world. With the profound loneliness and isolation many have experienced during the lockdowns I really didn’t want to delay the opportunity for people to see it. As communities start to put their lives back together, this show is asking that everyone is included in the process, and there is authentic belonging for all.’

The world premiere will be hosted by the Barbican on 1 June at 7pm. Watch via the Barbican website at https://www.barbican.org.uk/whats-on/2021/event/rhiannon-faith-company-drowntown-film

Join them on Facebook at 8:45 for a live Q&A after the show with Rhiannon Faith, psychologist Joy Griffiths, selected performers and others. This will be recorded and can also be watched after on demand screenings.

The Barbican will then host the film to watch on demand until 6 June. Drowntown will then tour digitally through June with runs hosted by Cambridge Junction, Gulbenkian Canterbury, Ipswich Dance East and Harlow Playhouse. See a trailer here.

In the 2021 National Dance Awards Rhiannon Faith Company has been nominated for Best Independent Company, and Rhiannon for Best Digital Choreography for her work on the Drowntown ‘prequel’ Drowntown Lockdown. Watch the 17 minute film here.

Before creating the show Rhiannon undertook extensive research into areas of social deprivation. ‘I visited coastal towns including Jaywick, Clacton-on-Sea and Great Yarmouth. All places with a strong sense of community and identity but also some of the highest levels of social and economic deprivation in the UK. Happy destinations for holiday goers that become full of darkness and degradation when left behind’ she said.
Social exclusion and isolation are rife in such places with high rates of unemployment, long-term health problems and high demand on underfunded local services. They also tend to lack frequent and reliable public transport and high-speed internet. Recent research suggests that loneliness can increase the risk of premature death by 30%. Nine million people in the UK say they often feel lonely, 7% of 18-64 year olds feel socially isolated, rising to 11% for over 65s.

‘So many communities are broken, people are drowning, so something must be going wrong,’ added Rhiannon. ‘Even Covid19 hasn’t really restarted the conversations with the wounds and emotions being effectively pushed down to the sea-bed. I want to reopen those conversations urgently’.

Performed by a cast of six (Shelley Eva Haden, Donald Hutera, Dom Coffey, Sam Ford, Marla King, Finetta Oliver-Mikolajska) the show shines a light on individual suffering and discusses loneliness, social isolation, bereavement and suicide. Suitable for over 16s, it contains strong language and scenes that some may find upsetting.