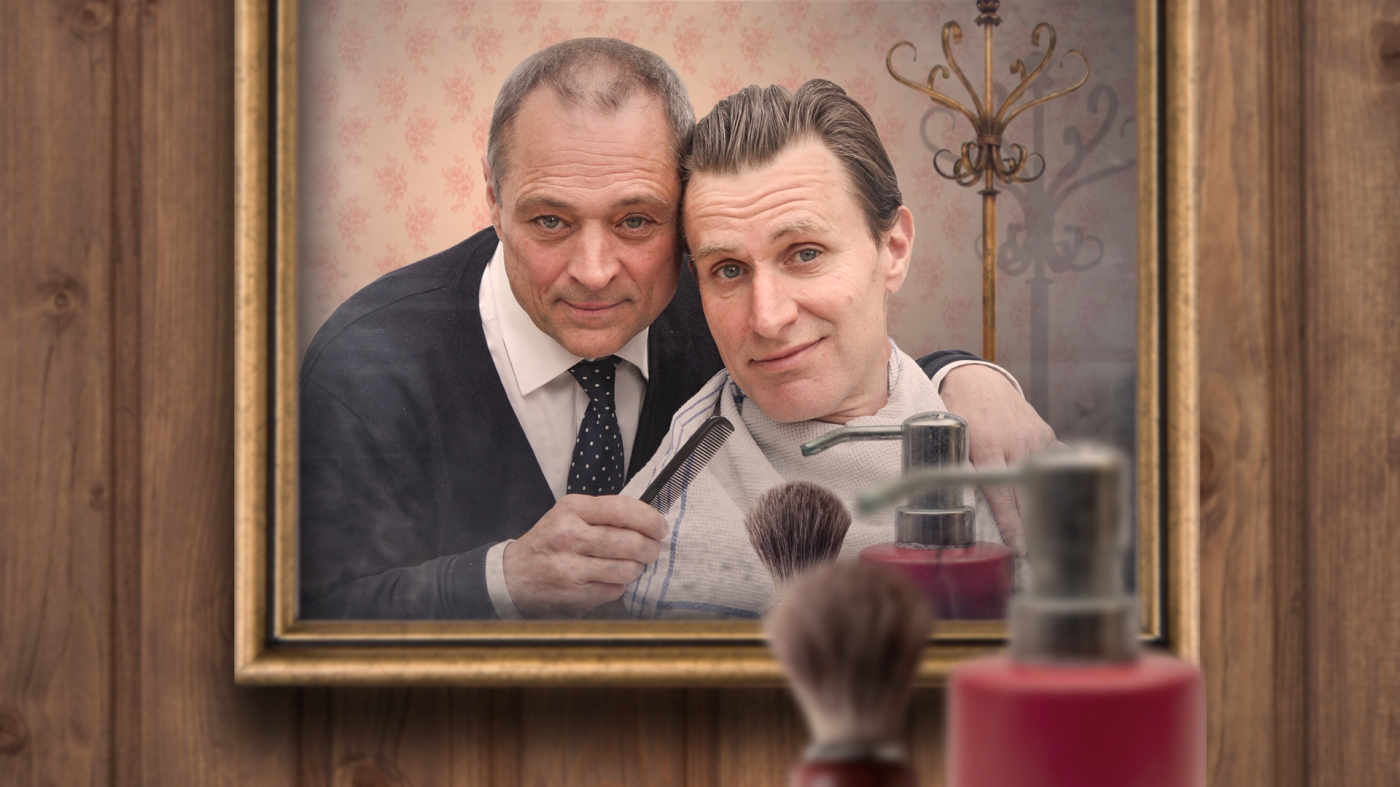 Not seen in London for more than half a century, Staircase by Charles Dyer (1928 – 2021) was a West End and Broadway hit at its premiere in the late ‘60s. Now Two’s Company, who excels at bringing back forgotten masterpieces, is proud to shine a light on this wonderful comedy.

Starring Paul Rider (Chicago, A Woman of No Importance, West End; French and Saunders, Dinnerladies on TV; The Cutting of the Cloth for Two’s Company) and John Sackville (Absolute Hell, An Inspector Calls, National Theatre; The Crown, Royal Wives at War on TV; Go Bang Your Tambourine (Best Supporting Actor Offie winner 2019) for Two’s Company), Staircase is directed by the Artistic Director of Two’s Company, Tricia Thorns (A Day by the Sea, The Cutting of the Cloth, Southwark Playhouse).

It’s the early 1960s. Charlie and Harry are hairdressers in Brixton and have been together for 20 years. Quick humour and dreams keep them afloat but same-sex relationships are illegal and Charlie has been arrested in a pub while sitting on a man’s knee. Simmering underneath the banter and hilarious mockery, Charlie anxiously awaits a court summons and Harry has his own troubles – his hair is rapidly falling out, a disaster for a hairdresser.

Running through this laugh-out loud comedy is the sadness of those unable to live openly because the law and the public condemn them to an undercover life. Change may be in the air but, for these two, it might as well be a hundred years away. Staircase is a clarion call for a more accepting and generous society; for a world where people can be who they are in their hearts; where love is love and that love is championed in all its forms.