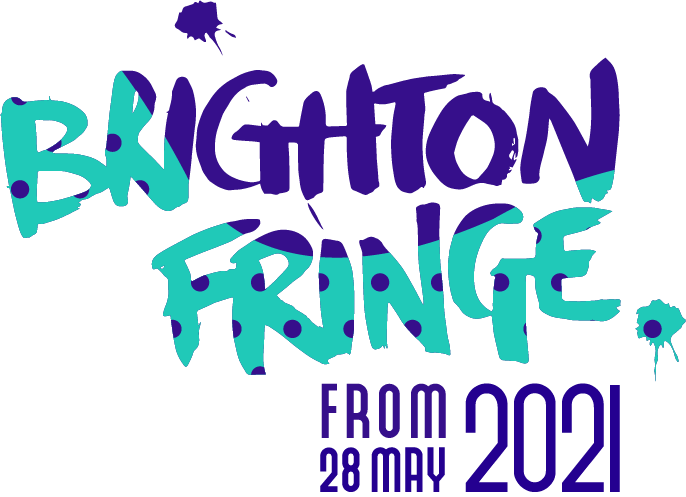 Borders may be closed and quarantine systems may be in place around the world but the Brighton Fringe line-up is still presenting almost 80 international collaborations from over 25 countries! In a year unlike any other, Brighton Fringe has worked to ensure that the most weird, wild and wonderful shows from around the world still have a home at England’s largest arts festival. Brighton Fringe opens next week with more than 500 events already lined up both live and online!

Brighton Fringe CEO Julian Caddy commented: “We are delighted to see the return of Brighton Fringe and for this I would like to pay tribute to the participants and venues for their passion, dedication and resilience during these difficult times. The scale and scope of what is on offer this year is beyond all our expectations, and new events are going onsale every week. We can’t wait to welcome back artists and audiences safely to the city to celebrate the Fringe with us this year.

Appearing digitally will be an unmissable programme of work by South African artists from the National Arts Festival. The multi-award-winning Women Hold Up the Sky by WoMin African Alliance tells the story of the women activists affected by mining in South Africa, Uganda and the Democratic Republic of the Congo. It looks at how they are engaged in an active struggle to take back control of their land, their bodies and their lives. MNQUMA by Xolisile Bongwana is about one man’s quest to reconnect to his roots and reclaim the legacy of his ancestors. Theatresmiths’ The King of Broken Things is a journey through creativity, imagination, and determination, where a young boy finds that rehabilitation can include mending broken hearts. Beast in Him from Masifunde’s Academy of Creativity is a cry for those who have lost their lives to the hands of their so-called loved ones.

Also part of this programme is Hymns Of A Sparrow from MagentaPro, a story of hurt and healing, and Ovcorp’s rich jazz compilation Jazz in the Theatre featuring Muneeb Hermans. Domination by Is’Thatha Dance Project is an expression of how the lives of non-whites have been affected over the last few centuries, considering the hope that soon the promised “rainbow nation” will be achieved. Kinsmen’s Nowhere People is a poetic collection of narratives developed through experimentation with improvised musical expression. Lord of Life by In Tandem is a loving elegy to the rhino which combines poetry, art and performance. A funny and delightful modern fairytale, Mixed Media’s The Tower & The Tree follows a rude bell tower who wants to change but just doesn’t know how.

For those who are travelling to Brighton Fringe there’s a chance to see international talent in person too! Australia’s Guru Dudu Productions have adapted their Silent Disco Walking Tours to be Covid-safe with new group sizes and tour routes. There are few better ways to find the fun after a year inside than by joining this flash mob as it dances through the streets to hits from the 70s, 80s, 90s and 00s. Bringing her trilogy of comedy shows, 50% Canadian, 100% Crazy, Michelle Christine will be on-hand to discuss taking risks, embracing change and turning bumps in the road into stories of joy.

Brexit may have happened, but there’s still brilliant work to see live from our European neighbours. From landlocked Switzerland to Brighton’s beautiful seaside, Elsa Couvreur’s dystopian battle between a woman and an answering machine in The Sensemaker questions the effects of new technologies, as well as our laborious bureaucratic systems. An eclectic mix of the world’s finest cabaret and cirque artistes, with performers from Italy, Poland and Germany, The Night is an immersive spectacle of physicality, comedy live music and the outright bizarre.

From further afield will be The Lady Boys of Bangkok’s most sassy and outrageous show yet: Flight of Fantasy. Climb aboard for the holiday of a lifetime with this non-stop world tour as the Lady Boys take you soaring to spectacular diamante-dipped song and dance destinations. Brighton Fringe favourite Circus Abyssinia will be back with their breath-taking new show, Tulu telling the story of distance runner and Ethiopian legend, Derartu Tulu, charting her rise from the humblest beginnings to become the first African woman to win Olympic gold.

Brighton Fringe embraces every art form and artist in its exciting and unusual programme. The open-access arts festival prides itself on welcoming established and emerging artists, supporting those taking their first steps with a variety of bursaries. It offers much-loved returning acts alongside exciting newcomers with comedy, theatre, circus, exhibitions, magic, dance, children’s shows and much, much more. Check out the full programme to see the entire amazing line-up!

Brighton Fringe will run from Friday 28 May – Sunday 27 June, with some venues running extended programmes until Sunday 11 July.