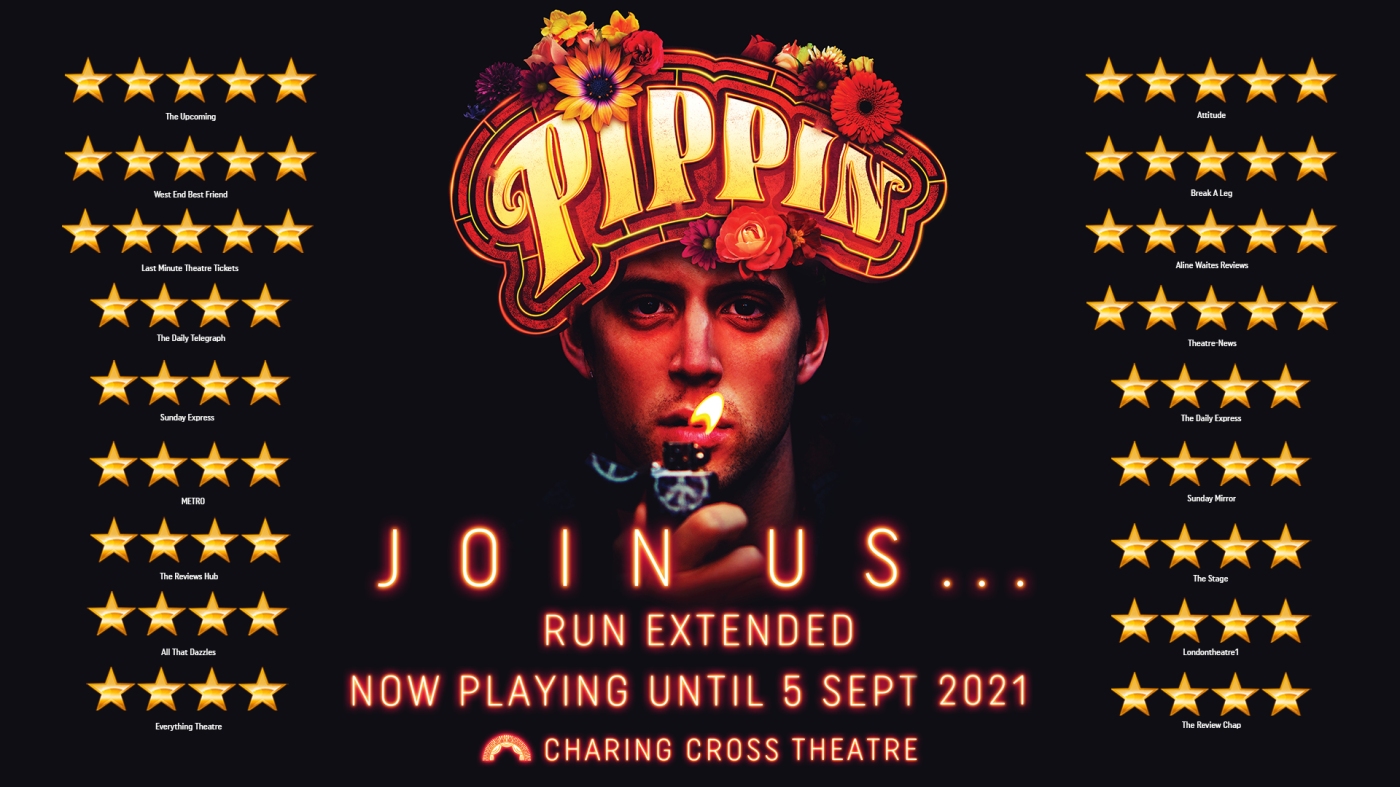 Stephen Schwartz said : “It brings me great joy to see how UK audiences and critics have embraced ‘Pippin’ anew, and that more people will have the opportunity to experience this fresh and inventive new production. I’m delighted that we will have more ‘Magic to Do’ during this ‘summer of love’ at Charing Cross Theatre.”

Producers have today released footage from the production – available to view here.

With an infectiously unforgettable score from four-time Grammy winner, three-time Oscar winner and musical theatre giant, Stephen Schwartz, ‘Pippin’ is the story of one young man’s journey to be extraordinary. Winner of four 2013 Tony Awards including Best Musical Revival, ‘Pippin’ continues to captivate and appeal to the young at heart throughout the world.

Set in the ‘Summer of Love’ of 1967, we follow Pippin, a young prince with extraordinary dreams and aspirations on his quest to find passion, fulfilment and meaning in a joyful and life affirming revival.