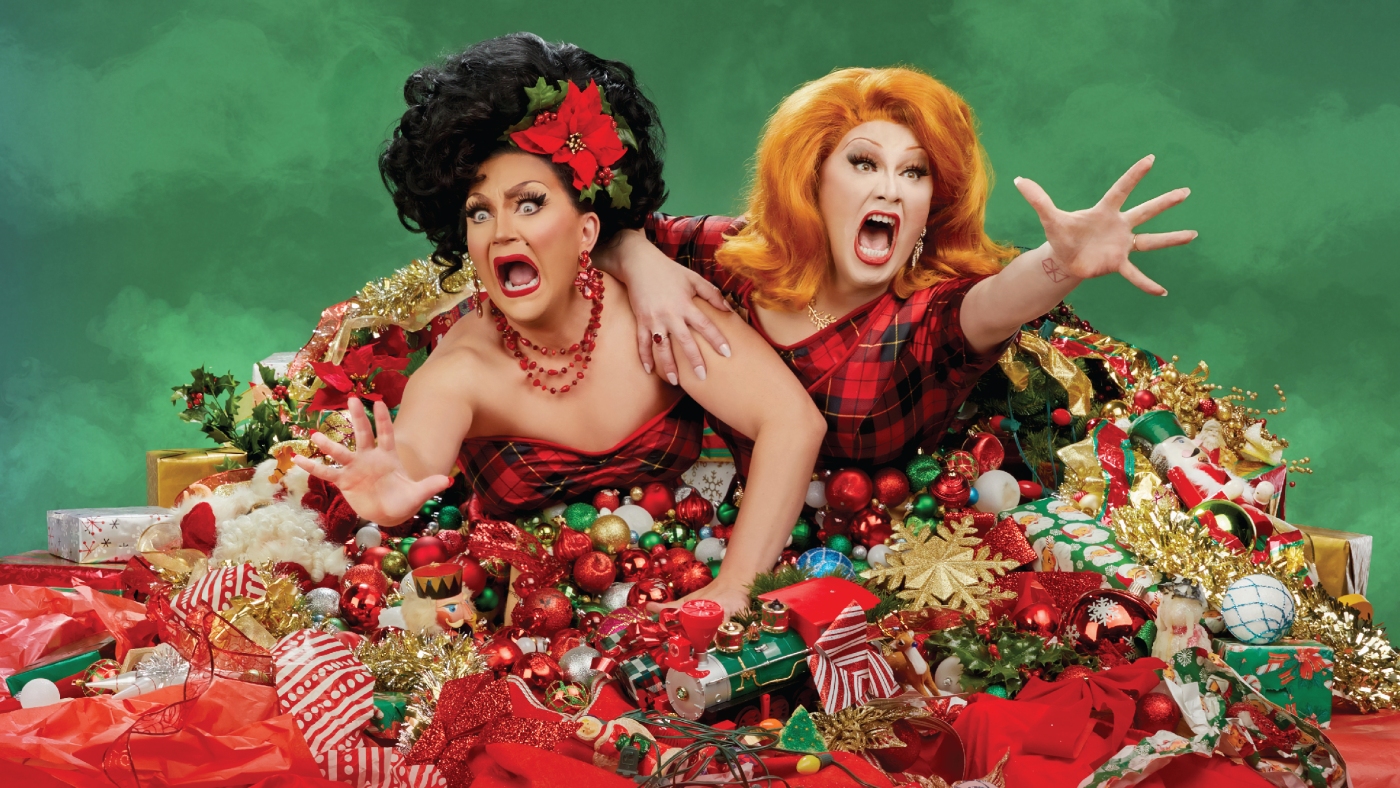 Global drag icons and ‘RuPaul’s Drag Race’ stars, BenDeLaCreme and Jinkx Monsoon are taking the stage once again in a post-apocalypse-mas extravaganza certain to make this yuletide gayer than ever! That’s right…

After a year of doom, gloom, and zoom, the Queens of Christmas have risen from the rubble to unearth your favourite holiday tradition with a UK tour of The Return of The Jinkx & DeLa Holiday Show, LIVE! from November 13 – 23, 2021.

The wildly successful, internationally acclaimed Jinkx and DeLa Holiday Show is back with its signature whip-smart comedy, brand new songs, and a few perennial favourites.

BenDeLaCreme said: “After a year in captivity Jinkx and I are bustin’ at the seams and rarin’ to go! Waiting for Santa is NOTHING compared to the excitement I feel to be back in theatres, sharing the holidays with the chosen family we’ve collected around the globe!”

Jinkx Monsoon added: “I’m thrilled to be back on tour with my sister DeLa, celebrating the holidays the way I was meant to: boozed up, bawdy, and on display.”

For the past three years, Jinkx and DeLa have owned the holiday season with their critically-acclaimed sold-out holiday tours (‘To Jesus, Thanks for Everything’ in 2018 and ‘All I Want for Christmas Is Attention’ in 2019). In 2020, BenDeLaCreme produced her first-ever film under BenDeLaCreme Presents with’The Jinkx & DeLa Holiday Special’ (Hulu / PVOD), a 60-minute variety special made for the screen. The special debuted to critical acclaim and solidified itself as a global queer holiday must-watch for years to come.