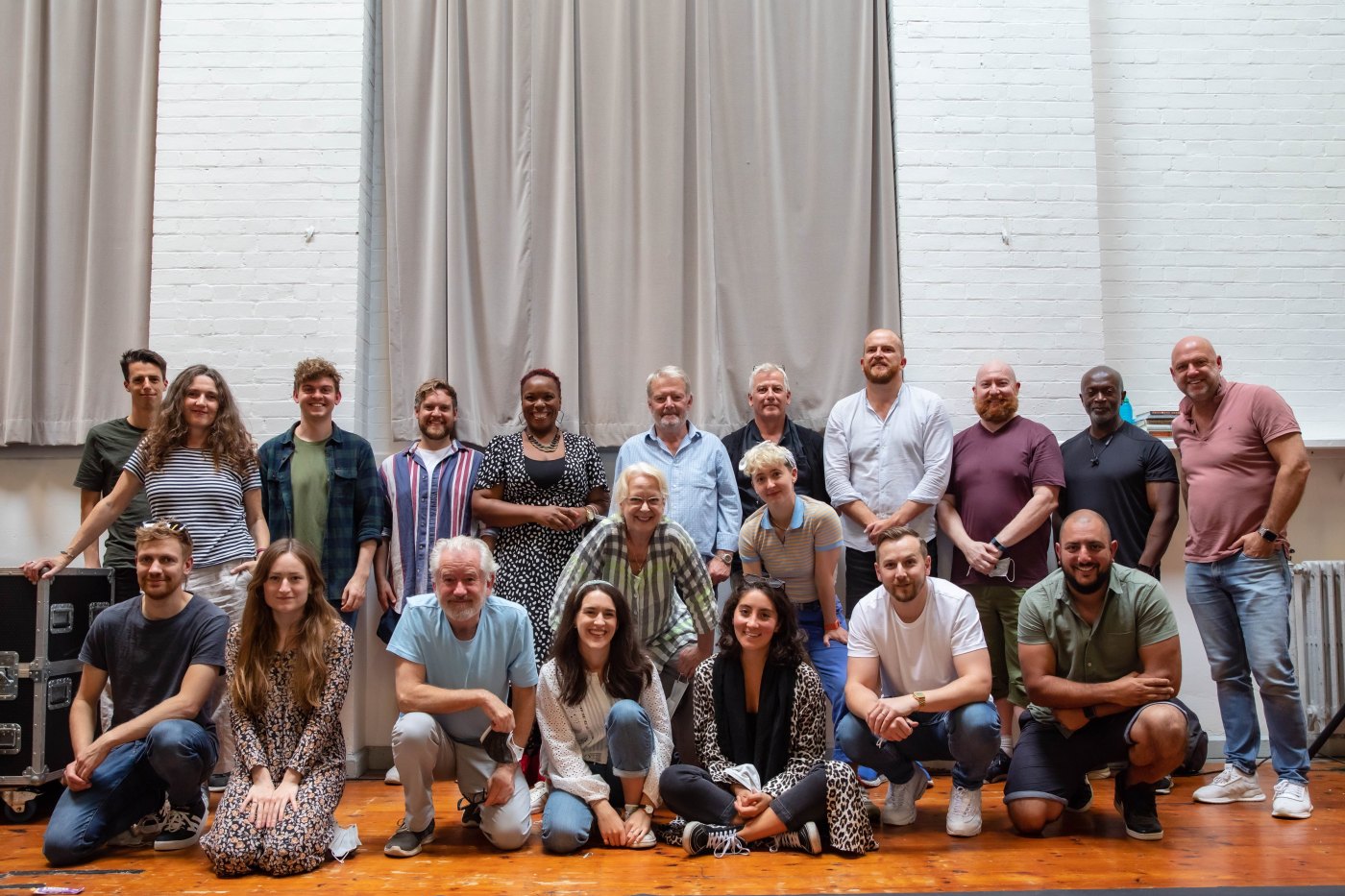 he cast for the world premiere of FISHERMAN’S FRIENDS: THE MUSICAL at the Hall for Cornwall has been announced. Calum Callaghan (Mr Selfridge) plays Danny, a fish-out-of-water music manager who stumbles across a group of shanty singing fishermen in Port Isaac, Cornwall. The leader of the band, Jim, played by Deka Walmsley (Billy Elliot, Macbeth), takes some convincing to sign up his friends and family to the world of music recording. He is joined by his fellow fishermen: Jago played by Robert Duncan (Drop the Dead Donkey), Leadville played by Mensah Bediako (Master Harold and the Boys), Rowan played by Dan Buckley (The Book of Mormon), Dinger played by Rakesh Boury (Rock of Ages), Wiggie played by Matt Slack (Blood Brothers) and Archie played by Hadrian Delacey (The Phantom of the Opera). The band is completed by Cornish actor Edward Rowe, known for his comedy character Kernow King and as the star of the BAFTA-winning film Bait, as Ben.

When a group of Cornish fishermen came together to sing the traditional working songs they’d sung for generations, they hoped to raise a few quid for charity. Nobody, least of all the fishermen, expected the story to end on the Pyramid stage of Glastonbury. Packed with sea shanties, FISHERMAN’S FRIENDS is a feelgood voyage about friendship, community and music.

Featuring hit shanties made famous by the band including Keep Haulin’, Nelson’s Blood, No Hopers Jokers & Rogues, Sweet Maid Of Madeira and many more.

FISHERMAN’S FRIENDS: THE MUSICAL is directed by James Grieve (former Joint Artistic Director of Paines Plough and former Associate Director of the Bush Theatre) and written by Amanda Whittington (one of the UK’s most performed playwrights, having written Be My Baby for Soho Theatre, Ladies Day for Hull Truck and Satin n Steel for Nottingham Playhouse – Fisherman’s Friends is Amanda’s first book musical adaptation), with choreography by Matt Cole (Olivier-nominated for Fiddler On The Roof at the Menier Chocolate Factory and the West End; Oklahoma! for Chichester Festival Theatre), set and costume design by Lucy Osborne, musical supervision by David White, sound design by Dan Samson, lighting design by Johanna Town and casting by Jim Arnold.

The hit 2019 FISHERMAN’S FRIENDS movie delighted fans across the world. The sequel to the film began shooting this year.

Performances will run from Wednesday 13 October to Saturday 30 October 2021 and this will be Hall for Cornwall’s first major production to take to the stage following the ongoing multi-million pound transformation of the venue in the centre of Truro. Tickets are available from £15.00 via www.hallforcornwall.co.uk or the box office: 01872 262466.