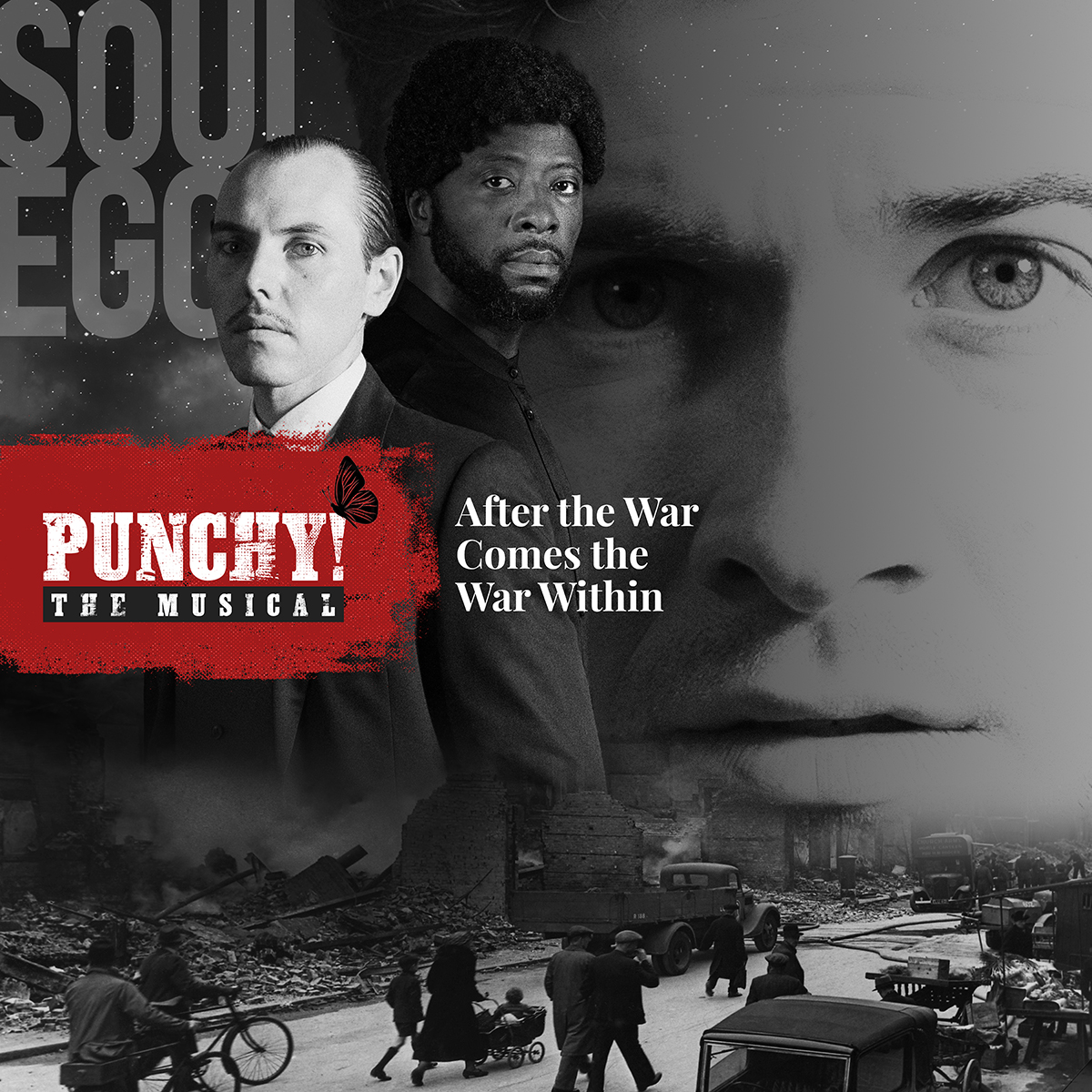 The cast has been announced for Punchy! The Musical, a brand new musical at The Courtyard Theatre. This raucous, affecting piece of gig-theatre brings the soulful sounds of the 1950s to the heart of Hoxton. Robert Hook (Peaky Blinders, BBC; The Milkman’s on His Way) will take on the lead role of the wayward and conflicted George ‘Punchy’ Armstrong. As he attempts to overcome the crimes of his young adulthood in post-war London, Punchy’s path to transformation is witnessed by the alarming appearance of his Ego and Soul and their struggle to influence his decisions. Punchy’s Ego will be played by Jaymes Sygrove (Blithe Spirit, Studio Canal; Alan Menken’s A Christmas Carol) whilst his Soul will be brought to life by Peter Parker Mensah (The Informer Citadel, Amazon; Bolan’s Shoes).

Blending a contemporary mix of soul, indie rock and pop songs, Jack Terroni’s soundtrack is played by an onstage band. This eclectic soundscape sets the tone for the curious characters of Soul and Ego to play with the very fabric of time, in the heart of an ordinary working-class London community.

Terroni drew upon stories from his mother’s childhood in 1950s Islington, telling the tales of everyday people, and one particular ‘lost soul’: the inspiration for the character Punchy lived in his mother’s building.

Composer Jack Terroni commented “I didn’t set out to write a musical as I’ve always been put off by the thought of jazz hands and glitter! If I was writing one, it had to rip up the rulebook! Punchy! was inspired by the real story of my mother’s working-class childhood in 1950s Islington. I was moved at how a young man with mental health challenges left home one day never to be seen again. Punchy! imagines what could have been if he followed the voice of his Soul and asks you to be courageous enough to do the same.”