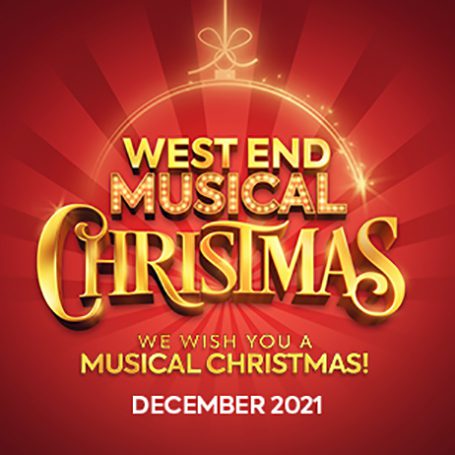 The biggest stars from London’s West End are celebrating the festive season in West End Musical Christmas live at the Lyric Theatre on Monday 20th December.

This all-singing, all-dancing extravaganza is brought to you by the producers of West End Musical Brunch, West End Musical Drive In and West End Musical Celebration – Live at The Palace. The ultimate festive celebration for musical theatre fans, featuring all your favourite Christmas and show-stopping numbers performed by an incredible cast of West End stars, with a live band and dance ensemble.

The evening will be hosted by Shanay Holmes (Get Up Stand Up, The Bodyguard) who is currently originating the role of Cindy Breakspeare in Get Up Stand Up.

Get ready to sing and dance along at the biggest Christmas party the West End has ever seen!