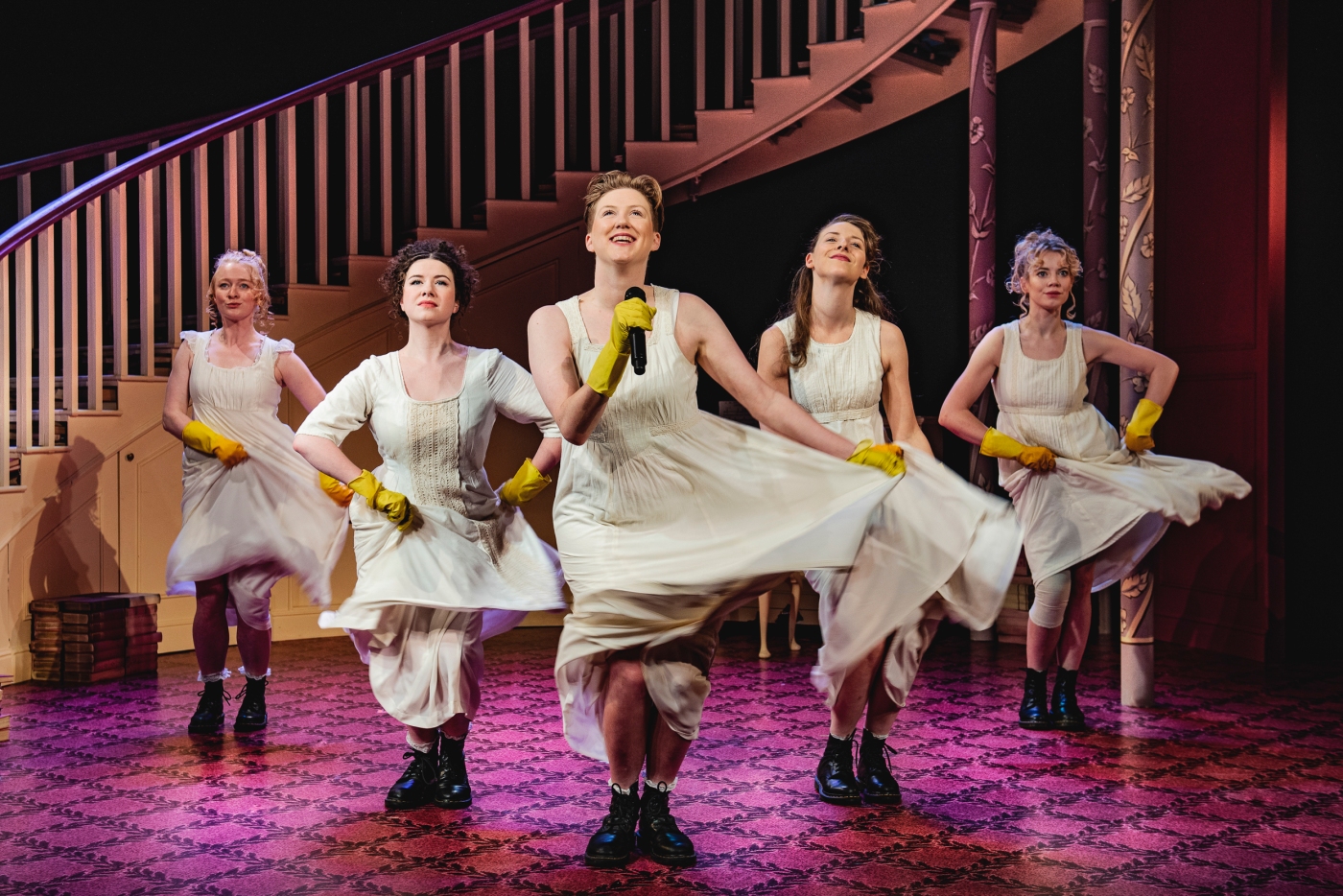 Olivier and Tony Award-winning producer David Pugh is delighted to announce that due to the incredible reception that the glittering West End has given the Tron Theatre Glasgow, the Royal Lyceum Theatre Edinburgh and Blood of the Young’s production of PRIDE & PREJUDICE* (*SORT OF) by Isobel McArthur after Jane Austen, the booking period is extended to Sunday 17 April 2022 at the Criterion Theatre. Tickets go on sale today at 2:30pm.

Isobel McArthur’s unique and audacious retelling of Jane Austen’s classic love story was critically acclaimed when it played at Glasgow’s Tron Theatre. Men, money and microphones are fought over in this irreverent but affectionate adaptation, which includes pop classics such as Every Day I Write the Book, Young Hearts Run Free, Will You Love Me Tomorrow, I Got You Babe and You’re So Vain. Five actresses portray the young female servants who retell one of literature’s most famous stories, and these same five actresses play every other character, as well as singing and playing instruments.

David Pugh said “In 40 years of producing in the West End, I have never seen such a phenomenal response to every performance so far and I am delighted that the show will continue on with seat prices that everyone can afford – £9.50 – £59.50 with no premium seats.”