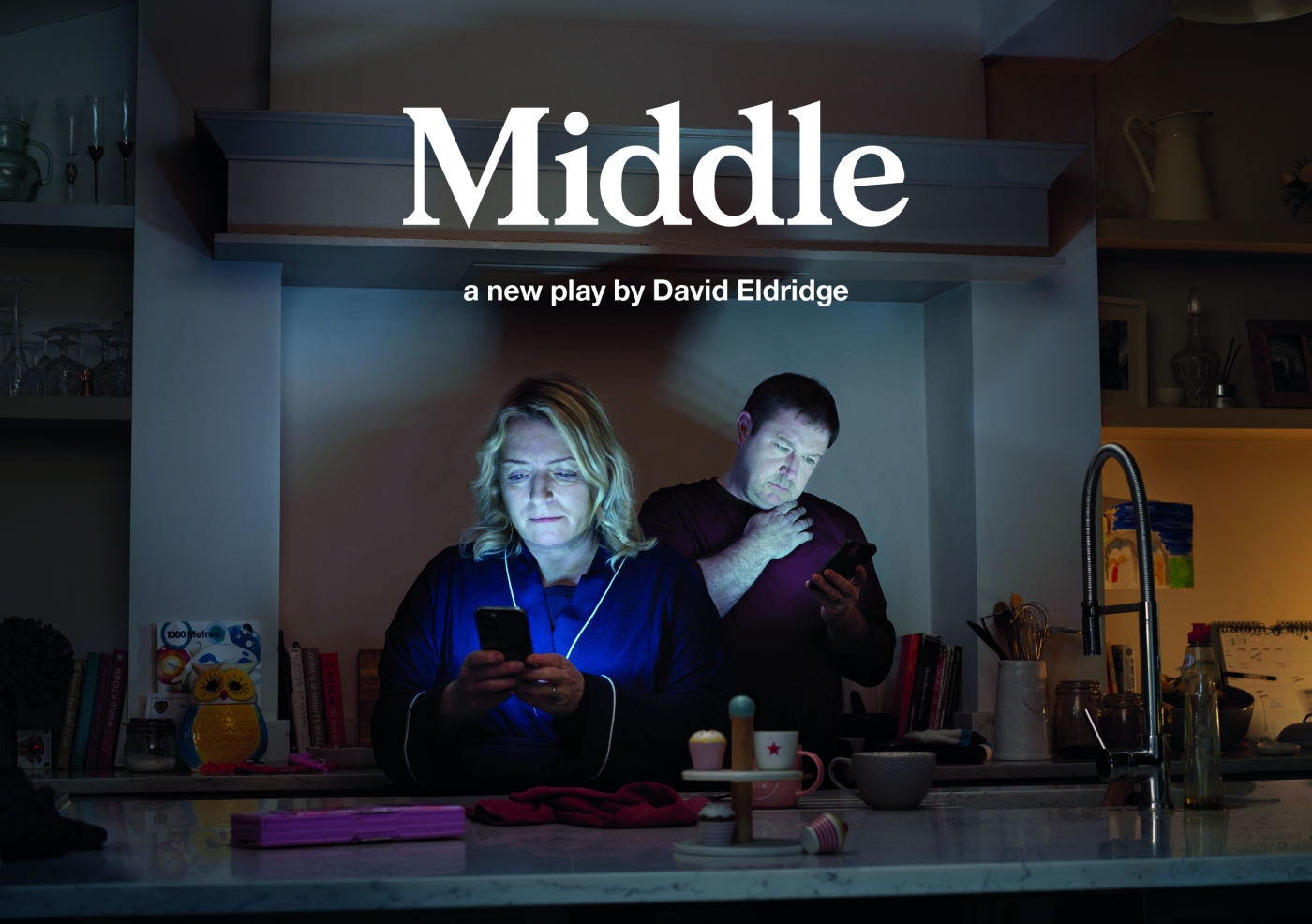 Following their five-star production of Beginning, which played to sold-out runs at the National Theatre and in the West End, writer David Eldridge and director Polly Findlay reunite with new play Middle, a raw, touching and funny portrait of a 21st-century marriage.

Every relationship reaches a crossroad some time. As dawn breaks, Maggie is heating some milk and Gary wonders what she’s doing out of bed. Maybe it’s time for an honest conversation – but how much honesty can this marriage take?

Director Polly Findlay said: “I’m thrilled to have been given the chance to continue my collaboration with David, and to be able to spend another rehearsal period excavating the heart breaking detail and nuance of his dialogue with two such totally knockout actors. David is utterly forensic in his ability to break down situations that we all know but never really talk about: the play is both painful and hilarious, and so far has made for an incredibly rewarding rehearsal process.”

Middle is the second of three plays by David Eldridge to explore love and relationships and will play in the Dorfman theatre from 27 April 2022, with press night on Wednesday 4 May.

David Eldridge and Polly Findlay will discuss the production in an event in the Dorfman theatre on Thursday 26 May. To book tickets visit https://tickets.nationaltheatre.org.uk/84827/84828