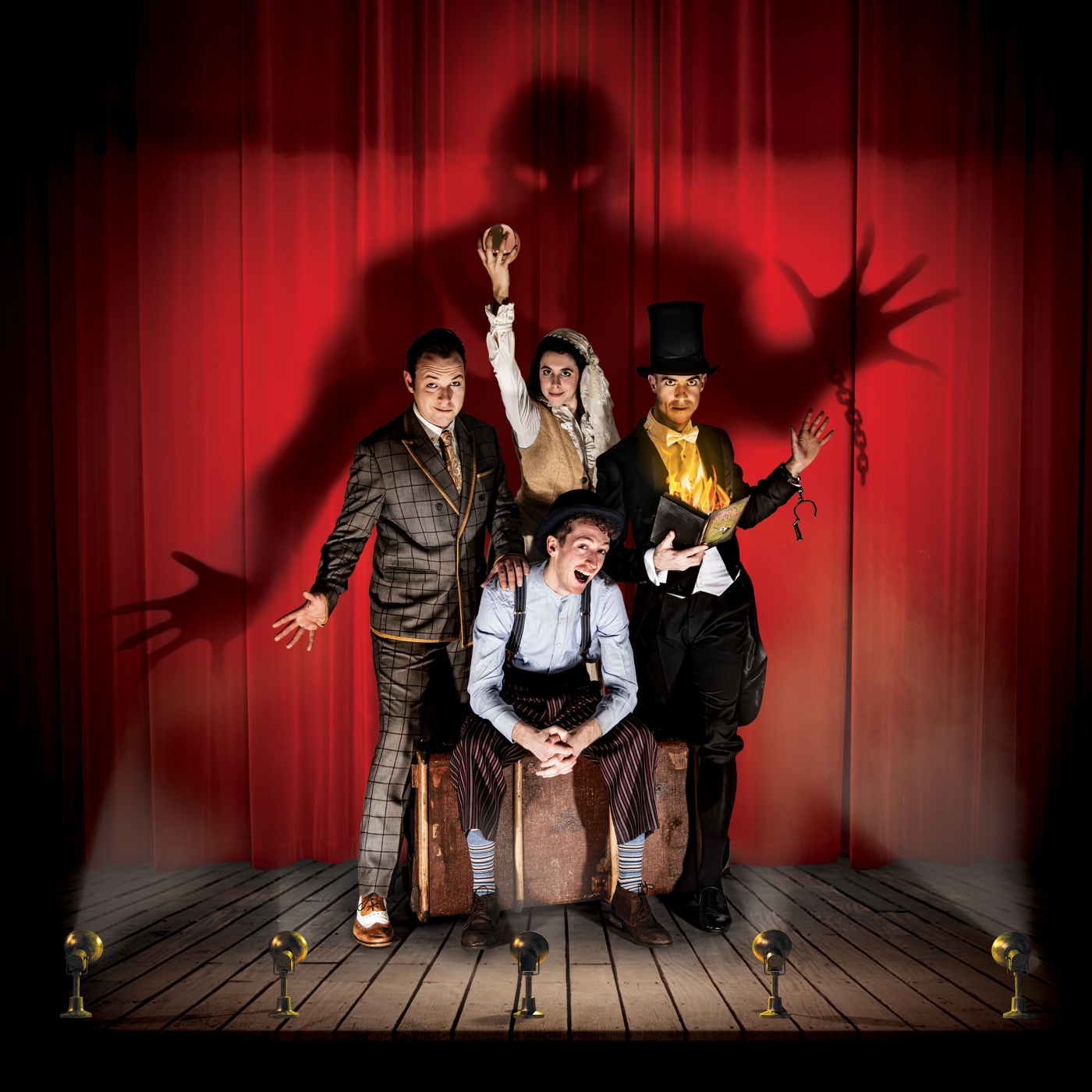 Step right up to Oscar Wilde’s uproarious vaudeville spectacular The Canterville Ghost which is coming to haunt and delight audiences at the Southwark Playhouse this autumn, as part of a wider UK Tour. The gloriously ghoulish show, directed by Olivia Jacobs, is part of the 25th anniversary celebrations of the award-winning theatre company Tall Stories.

These extraordinary entertainers will bring their sensational variety acts to the stage – woven into Oscar Wilde’s spooky story of the ghost of Sir Simon de Canterville, who vanished without a trace 300 years ago.

Toby Mitchell, artistic director and co-founder of Tall Stories, comments Over the last 25 years, Tall Stories has become best known for producing work for family audiences. The Canterville Ghost is a spookier show for grown-ups – well, everyone over 12 years old. Our interpretation of Oscar Wilde’s ghoulish story is performed by four music-hall entertainers who reveal their own secrets, using music, ventriloquism, magic and psychic abilities. It’s a lot of fun! As Covid forced the cancellation of our 2020 tour (alongside so many other companies), it’s great that we’re finally able to perform the show at Southwark Playhouse this autumn. If you’ve got it, haunt it!

Tall Stories was founded in 1997 by Olivia Jacobs and Toby Mitchell, who have created all the company’s shows since then. The award-winning company is celebrating their 25th anniversary year and continues to create shows for all ages. As a registered charity, Tall Stories has become internationally recognised for its exciting blend of storytelling theatre, original music and lots of laughs.

The hauntingly thrilling cast is due to be announced soon.