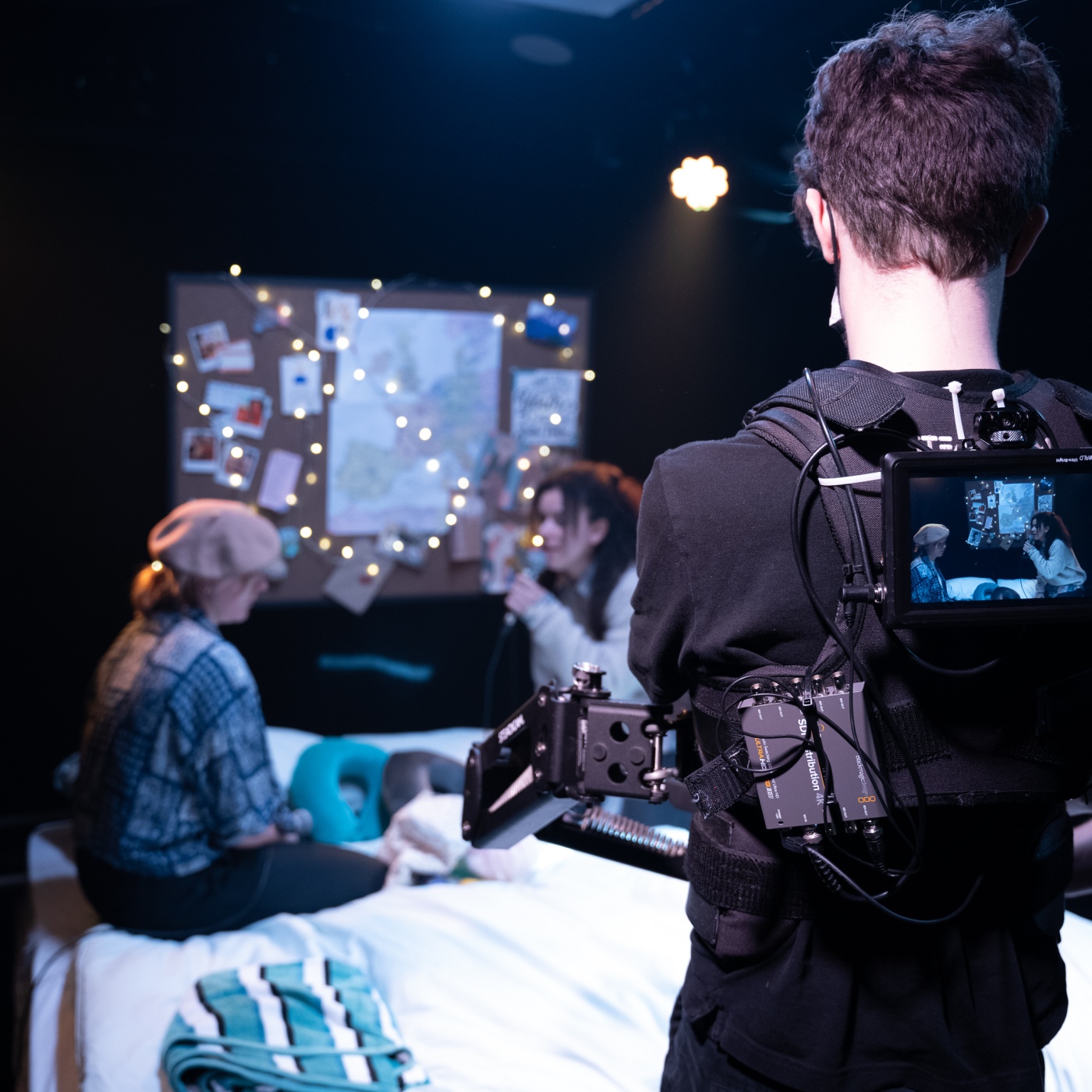 Due to popular demand, the Barn Theatre have today announced that the world debut production of the British song cycle Now or Never will return for a three week on-demand digital run from 15 April – 9 May 2021.

This song cycle, which first debuted as a livestream from the Barn Theatre on the 1st April, marked the first collaboration between The Barn Theatre and associate artist Matthew Harvey. Harvey created the song cycle with the intention of writing about individual responses to global adversity without writing specifically about the pandemic.

The piece features 7 songs with relatable everyday characters as they each take a defiant act of positivity in the face of adversity on what might be their last week on Earth.

The ambitious digital spin presents the work as a non-stop, one-shot, song cycle, with one camera navigating the entire building, featuring 7 characters moving between 7 spaces.

Tickets for the on-demand run are priced at £5 and can be purchased at barntheatre.org.uk/barn-at-home from 7pm BST on 15th April 2021. Once purchased the customer will gain one-hour access to the production.

Matthew Harvey created the concept and wrote the song cycle. Freddie Tapner is Musical Supervisor and Ryan Carter is Creative Director, who is responsible for the innovative digital approach. Ben Collins as Director of Photography, supported by Ben Thomas & Alex Tabrizi. Harry Smith as Sound Designer.

Matthew Harvey said of the extension: “I’m absolutely delighted Now or Never is making a return! Mostly because it means I can actually watch it. I think what Ryan & The Barn have made happen is nothing short of remarkable; having shown up with only a guitar and a hard drive full of songs I had no idea just how far the team would push the bounds of digital theatre. I can’t wait for people to see what this amazing team and incredibly special cast have created.”.

Creative Director Ryan Carter added: “This whole project is the epitome of how theatres should approach digital theatre post-pandemic. An ambitious digital approach that emulates the live theatre experience as much as possible, broadcast live, and is now being streamed for an on demand run due to popular demand. Matthew Harvey has done such an incredible job writing this piece, This video-on-demand run is just the next step in what is undoubtedly an exciting future for the work”.